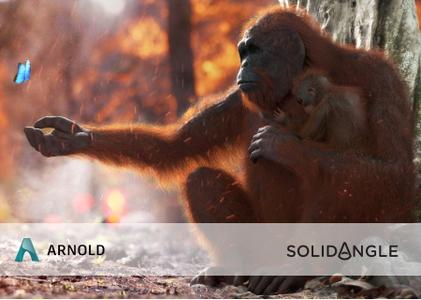 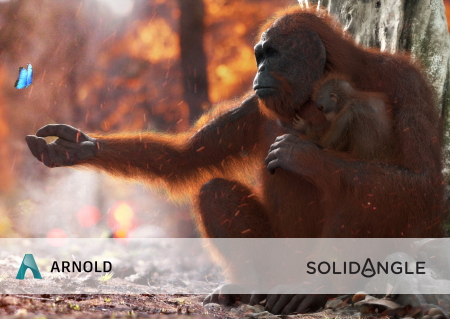 Solid Angle Maya to Arnold 4.1.0 | 1.8 Gb
The Arnoldrenderer product team is pleased to announce the availability of Arnold (or MtoA) 4.1.0 for Autodesk Maya. This release introduces Arnold 6.1.0.0 and is a major feature release bringing a brand new post-processing framework (imagers), support for nested dielectrics, much improved progressive and adaptive sampling, on-demand texture loading on GPU, several IPR update issues, an improved Tx manager, a new Log Window in the Arnold RenderView, as well as several other improvements and bug fixes. It is fully binary compatible with 4.0.* versions.

Imagers: We're introducing a brand new framework to apply post-processing effects such as color correction, vignetting, or tone mapping. A new type of post-processing nodes called imagers operate on pixels before the output driver. Imagers can be chained. The initial set of imagers consists of:

Imagers work both in batch and interactive contexts. While imager parameters can change interactively during rendering, adding a new imager currently requires the render to be restarted, so it's a good idea to add the ones you will need to adjust at the beginning of an interactive session. We are looking at removing this limitation in a subsequent release. (core#8368, core#9716, core#9723, core#9724, core#9867, core#9868, core#9869, core#9938). 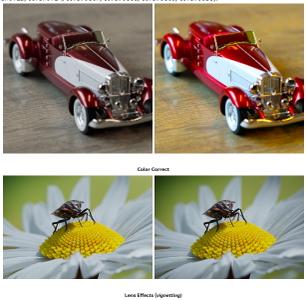 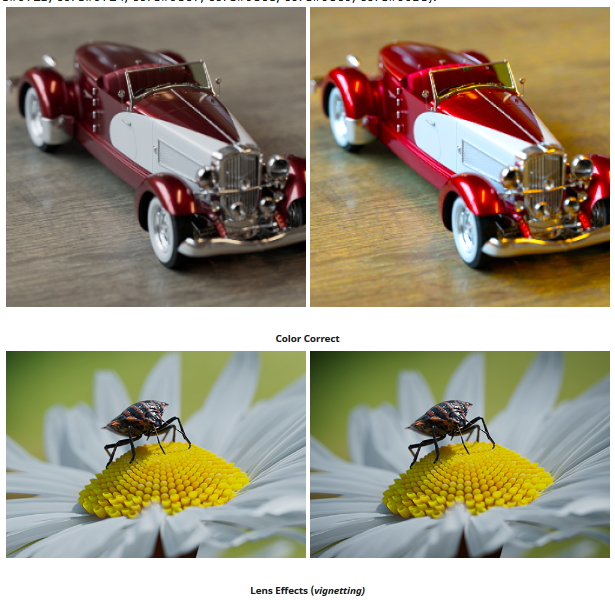 Nested dielectrics: Physically-correct reflection and refraction of rays in scenes with adjacent dielectrics, such as liquids in glass vessels, has been implemented by resolving overlapping, i.e. "nested", dielectrics via a priority system. This allows for more realistic renders of scenes such as glass containers with liquid contents and bubbles, correctly accounting for the change in the index of refraction as rays refract through the transparent media. The new dielectric_priority parameter on the standard_surface shader assigns a priority to the internal dielectric medium of the closed transparent object the shader is assigned to. These priorities specify that in an area of overlap of two transparent objects, only the highest priority dielectric medium exists (see the schematic glass of water below). The priority is simply a signed integer (default 0), which can be increased or decreased as needed to define the dielectric medium in the overlap areas. If priorities are made equal, then media are effectively blended in the overlap. The effect can be disabled globally with options.dielectric_priorities (Nested Dielectrics in the Advanced tab of the render settings) in case you need to revert to the legacy mode, which does not correctly compute the refractions. (core#6023) 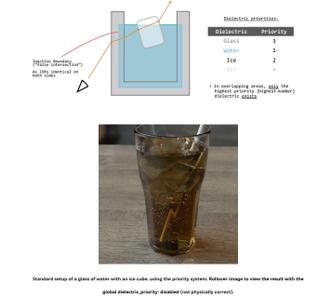 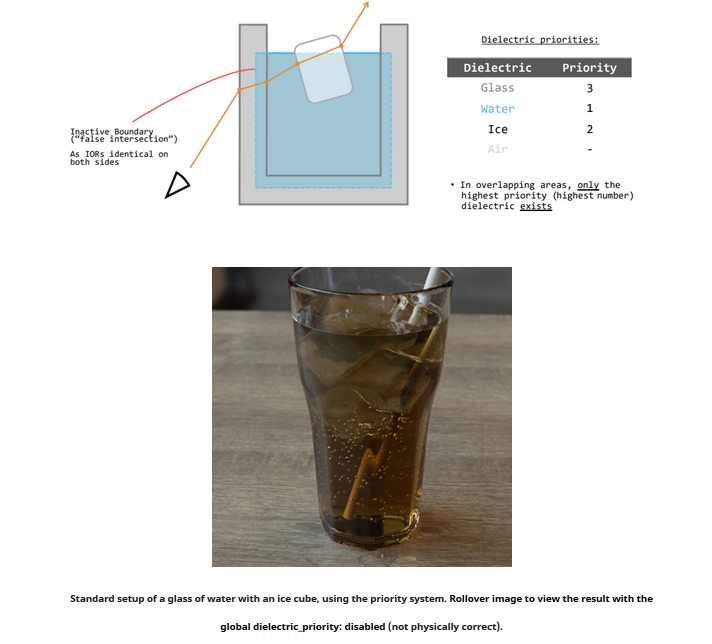 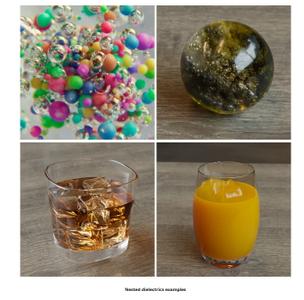 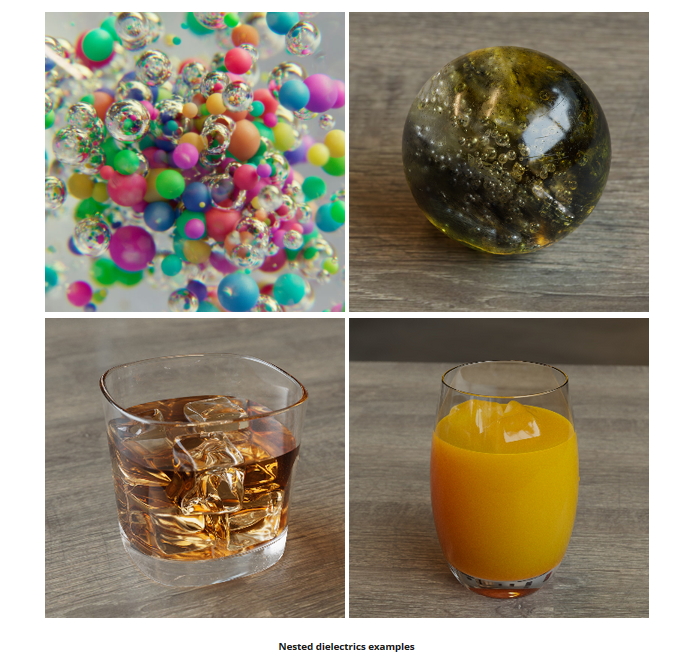 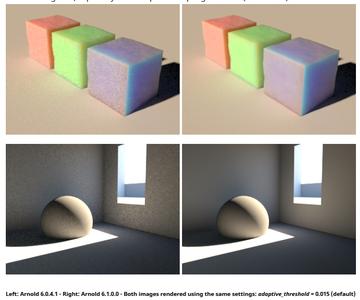 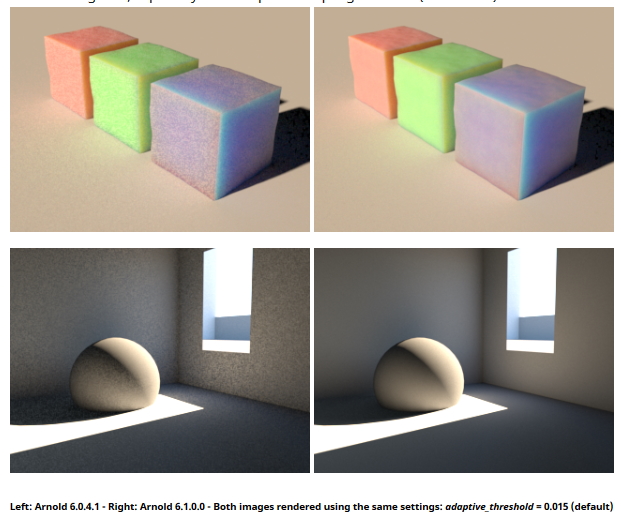 Improved performance on Windows: Arnold now runs on average 7-8% faster overall on Windows. (core#5481, core#9876, core#9975)
Improved IPR interactivity: IPR interactivity on both CPU and GPU, especially when moving the camera in a scene with many nodes (thousands to millions of meshes, ginstances, lights, shaders, etc.), is improved. For instance, a scene with 24,433 ginstances and simple shading went from 8 fps to 14 fps on the CPU and about 3 fps to 20 fps on the GPU. (core#8662, core#9918, core#10027, core#10029)
Improved performance in Toon on Windows: The contour_filter used for toon rendering should now be faster and scale better especially on Windows, with up to 3x speedups on AMD Threadripper 2 and up to 4x speedups on AMD Threadripper 3 CPUs. (core#7844)
Toon AOV prefix : The toon shader has a new optional aov_prefix that will be prepended to the toon AOVs' names. For instance, if aov_prefix is "toon_", the toon diffuse AOV will be written out to "toon_diffuse". This can be used when you need to access both the toon AOVs and the core's LPE AOVs. (core#9823)
Improved soft creases in adaptive subdivision: Normals for soft creases follow the geometry closer for low iterations. (core#9971)

Improved on-demand loading of textures: The GPU renderer can now partially load textures which results in important GPU memory savings when using tiled and mipmapped textures, such as from .tx textures. In a typical scene, the amount of memory needed for textures could be reduced to be up to 5x smaller. A recent driver is needed for this feature (core#9984). 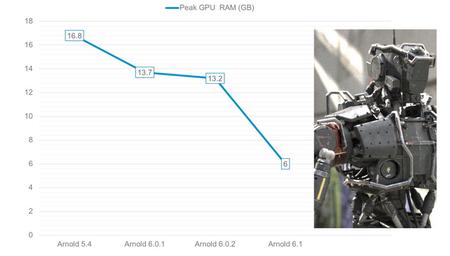 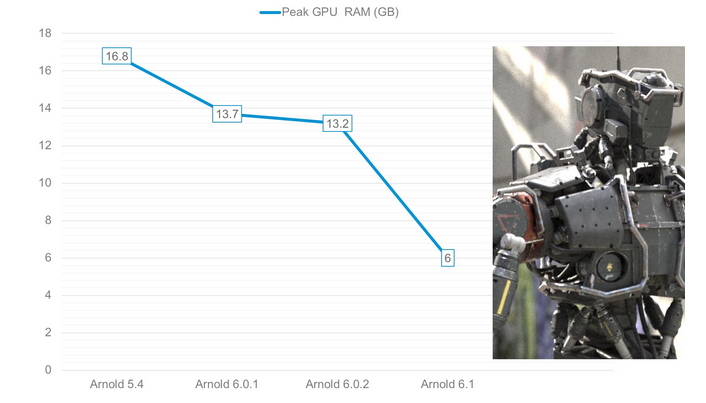 Initial support for light linking: Initial support has been added for light linking. Currently, there is a limitation that light linking is not supported on volumes. (core#9890)
Support light AOV groups: Adding light AOV groups in LPEs is now supported on the GPU. (core#9882)
Improved OSL JIT compilation performance: OSL JIT compilation performance has been improved, meaning faster time to first pixel and improved interactivity when using OSL shaders. The improvement averaged 6.3x faster during testing. (core#10004)
Improved support for min pixel width and thin-walled sampling: We have improved compatibility with the CPU renderer for min pixel width on the GPU and thin-walled sampling on zero roughness surfaces. (core#9291)
Partial GPU IPR output: Like on the CPU, when the FPS goes below a certain threshold (5fps by default), instead of not displaying anything, the GPU will at least display the pixels that have finished rendering. Since GPU currently renders pixels in a top to bottom ordering, this will result in the top part of the image being updated while the lower part becomes stale. (core#10027)
OptiX cache location change: The Optix cache directory used to be of the form: arnold-<ARNOLD_VERSION>_driver-<DRIVER_VERSION>. Now it is simply arnold. This means the same cache will be used across driver and Arnold versions. Upgrading to a new version will still likely cause a lengthy JIT/cache pre-population, but it will reduce disk usage as old versions will not stay around-consuming disk space. (core#9239).

Correct refractions with nested dielectrics: Refraction through adjacent transparent media now looks more physically correct thanks to nested dielectrics resulting in a look change. If you need to revert to the legacy unphysical behavior for compatibility reasons, you can disable nested dielectrics globally by setting options.dielectric_priorities to False.
mix_shader add for transparency: Previously, the add mode of the mix_shader also added the transparency closures, which means that effects such as min pixel width would be double-counted, leading to objects disappearing. Now, we will add only non-transparency closures, while we pass through the max of the transparency closures. The old behavior can still be obtained by setting add_transparency to true (core#9952).
Skipped node updates: In order to improve IPR interactivity, we skip the per-frame node update if we believe that node has not changed. If our internal heuristics for detecting node changes is wrong and node_update was supposed to be called, you can set the force_update metadata on your node:

so that Arnold will always run node_update on every render pass. At the moment, this should only be needed for nodes that access options.camera in their node_update. If you do not have access to your shader's source code, you can globally disable this optimization by setting the options.enable_fast_ipr to false (core#8662).

Solid Angle Maya to Arnold is the high-quality rendering engine in Maya. Realistic rendering is easier than ever with this brute force Monte Carlo ray tracer. Physically-based rendering in Arnold accurately simulates light in the real world, but allows breaking physical laws to achieve artistic styles.
Arnold is one of the leading render plugins in the world of 3D graphics. The realism that it delivers, added to the simplicity of its interface, is what made Solid Angle’s masterpiece so popular.


* System Requirements:
Requirements & Platforms
- Compatible with Maya 2018, 2019, 2020
- Windows 7 or later, with the Visual Studio 2015 redistributable
- Mac OS X 10.11 and later
- CPUs need to support the SSE4.1 instruction set
- GPU rendering works on Windows only and requires an NVIDIA GPU of the Turing, Volta, Pascal, or Maxwell architecture. We recommend using the 451.77 or higher drivers on Windows.
- Optix denoiser requires an NVidia GPU with CUDA Compute Capability 5.0 and above.