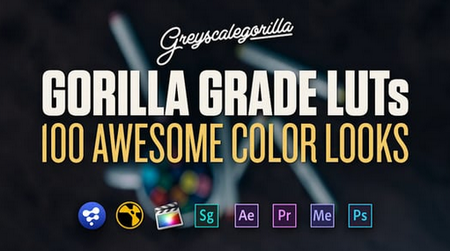 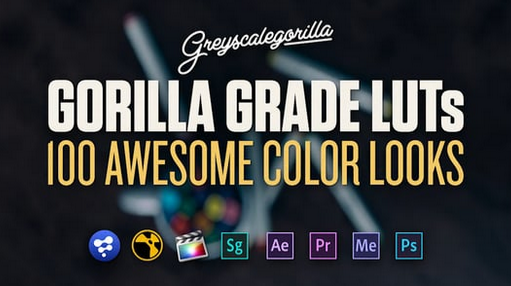 Greyscale Gorilla - Gorillla Grade LUTs (Win/Mac) | 667 MB
Greyscalegorilla is proud to present Gorilla Grade LUTs, a set of 100 different cinematic color grades that you can easily apply to your footage or 3d renders. You can load these LUT files into many leading digital content creation tools such as Photoshop, After Effects, Adobe Premiere, Nuke, Fusion, and much more. Gorilla Grade LUTs can quickly and easily color grade your 3D renders, motion design, live action, or even photos.

In case you were wondering, LUT stands for Look Up Table. LUTS have been used to color grade films for decades. Frequently, these files were used in film conversion but now, these LUT files can be used to color grade your footage/renders and give your work a cinematic touch.

Note:
All of the Gorilla Grade LUTs are 3D LUTs in .cube, .3DL, and .look formats and are sRGB Look LUTs. They are not created to work in LOG.