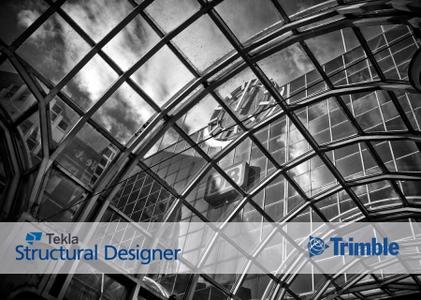 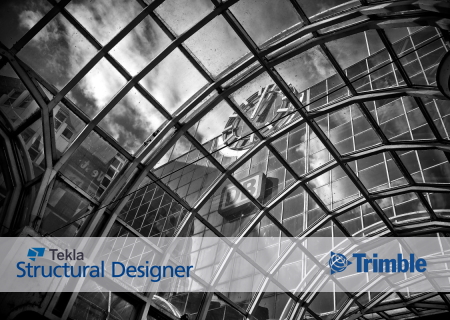 This release will update your Tekla Structural Designer installation to version number 20.0.6.29 and should be installed to ensure optimum function of the program. It includes a number of new features, enhancements and issue resolutions as detailed below.


Issues with Associated Bulletins
- [TSD-8551] - Seismic Design - Steel Columns - USA Head Code - this issue relates to the the design of steel columns assigned to Seismic Force Resisting Systems (SFRS) to the seismic provisions of the 2016 version of AISC 341 (years 2005 and 2010 were not affected). In some circumstances the expected seismic axial force amplification for the axial strength check of section D1.4a was not applied which could result in an unconservative design. For more information please see Product Bulletin PBTSD-2101-1.
This issue is fixed in this release.

- [TSD-8637] - Concrete Beam Design - British Standards (BS) Head Code (all countries) - the overall deflection check design status was always that of the last load combination instead of the most critical from all combinations. Therefore, in the most extreme case, this check could fail for one or more load combinations but the beam would still be marked as passing if the last combination had a passing status. For more information please see Product Bulletin PBTSD-2101-02.
This issue is fixed in this release.

- A number of additional fixes which are not detailed explicitly here are also made to improve general performance and stability. An example of this is given directly below:
. [TSD-8382] - Analysis - A memory corruption issue has been fixed that could cause the analysis process to abort and/or the program to force close unexpectedly for some models that included short beam spans with partially fixed ends.

- [TSD-7317] - Keyboard Functions - new keyboard shortcuts have been added Z1, Z2 and Z3 to zoom to a 1-3m area around the current cursor location. These new shortcuts compliment the existing ZA and ZS shortcuts - for more on these and others see the Help topic Keyboard shortcuts.
. Use the shortcuts as follows; first locate the cursor where you want to zoom, then press the “Z” keyboard key, followed by the “1”,”2” or “3” keyboard number key.

- [TSD-8043] - Connections - when a model has been populated with connections (see the Help topic Design connections for how to do this), they are now shown graphically in construction plane (Levels, Slopes and Frames) and sub model views.


Interoperability
- [TSD-7851] - Grasshopper - Tekla Structural Designer Live Link - the Slab component in the Grasshopper plugin has been enhanced to allow creation of the previously released General material slabs. For more information about this feature see the article Grasshopper - Tekla Structural Designer Live Link. Please note the following:
. This enhancement requires the installation of the new Grasshopper plugin specific to this release. This can be obtained from the Tekla Warehouse.
. In existing scripts, the user can replace the old slab component with the new one to make use of the new parameters.


Loading
- [TSD-8428] - Load Decomposition - an issue is fixed that could cause some slab loads to not be decomposed correctly in the rare circumstance of models with only one decomposition plane (i.e. no other planes at all with loaded slab/roof panels) which included 1-way spanning slabs supported by 2-way spanning slabs. This issue relates only to release 2020 SP4 (v 20.0.4.55 released Sept 2020) - in which it was introduced - and later.
. This issue has only been encountered internally and we expect it is highly unlikely customers will have, given its unusual conditions. We would note also that it would be very clear if the issue occurred and resulted in any significant missing load, as it would be flagged by all of; a decomposition warning “Some loads have not been applied > Load LL xx lies outside of panels”); a warning in the Process Window "Total reactions vs Applied loading do not balance" and errors for the affected load case(s) in the Project Workspace > Loading Window.

- [TSD-8415] - Concrete Design - Beams - the deflection check has been corrected so that it now compares the position of the neutral axis to the depth to the compression surface reinforcement, identifying if this reinforcement lies in the compression zone and a decision is then made by the program if its beneficial effect should be considered in the calculation of the long term additional deflection multiplier.

- [TSD-1298] - Seismic Design - Steel Braces - for the 2010 and 2016 years of the AISC 360/341 steel resistance code, tension only braces are not permitted for the Seismic Force Resisting System (SFRS) type Special Concentric Braced Frame (SCBF - as directed by the design code). In this release new validation is added to check for this circumstance and a Validation error “Tension only brace not permitted in SCBFs” is issued when this is the case.
. Tension only braces are permitted in both OCBFs and SCBFs for the 2005 year of the AISC 360/341 steel resistance code, and OCBFs only for the 2010 and 2016 years of the code.

- [TSD-4146] - Steel Beam Design - Torsion - for the Torsion Combined Forces check, in some situations the wrong flange was considered when determining the laterally unbraced length used for the calculation of the critical stress Fcr,bx when governed by LTB. This could produce an incorrect failure status for the check when the laterally unbraced length of the bottom flange was incorrectly used for positive bending moment + torsion in beams with the top flange either fully or partially restrained. This issue is fixed in this release.


Reports and Drawings
- [TSD-8532] - Reports - as detailed above, many Material Listing tables have been enhanced with additional columns, making them wider. To assist with their effective display in reports, new automatic Landscape table orientation is introduced in this release (applies to all report tables). This is controlled by a new setting Report Settings > Table Options > “Use landscape orientation for wide tables” as shown in the picture below. When enabled (default) the report page orientation will automatically change to landscape mode when the table header will not fit in portrait orientation.
. Note that you can reduce the need for landscape orientation and number of pages by; reducing page margins (default values may be quite wide); increasing the allowable table width from 90 to 95% of the available width


Tekla software solutions for advanced BIM and structural engineering are produced by Trimble. Trimble’s construction offering ranges from total stations to advanced software, giving the industry tools to transform planning, design, construction and operation of buildings. Tekla software is at the heart of the design and construction workflow, building on the free flow of information, constructible models and collaboration.

Internet connection: Required for access to Online Services and some documentation.

The application is tested and supported on the following business versions of Microsoft Windows with the latest updates applied: