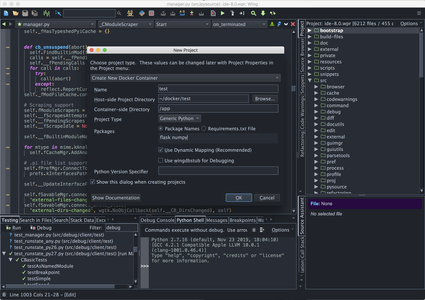 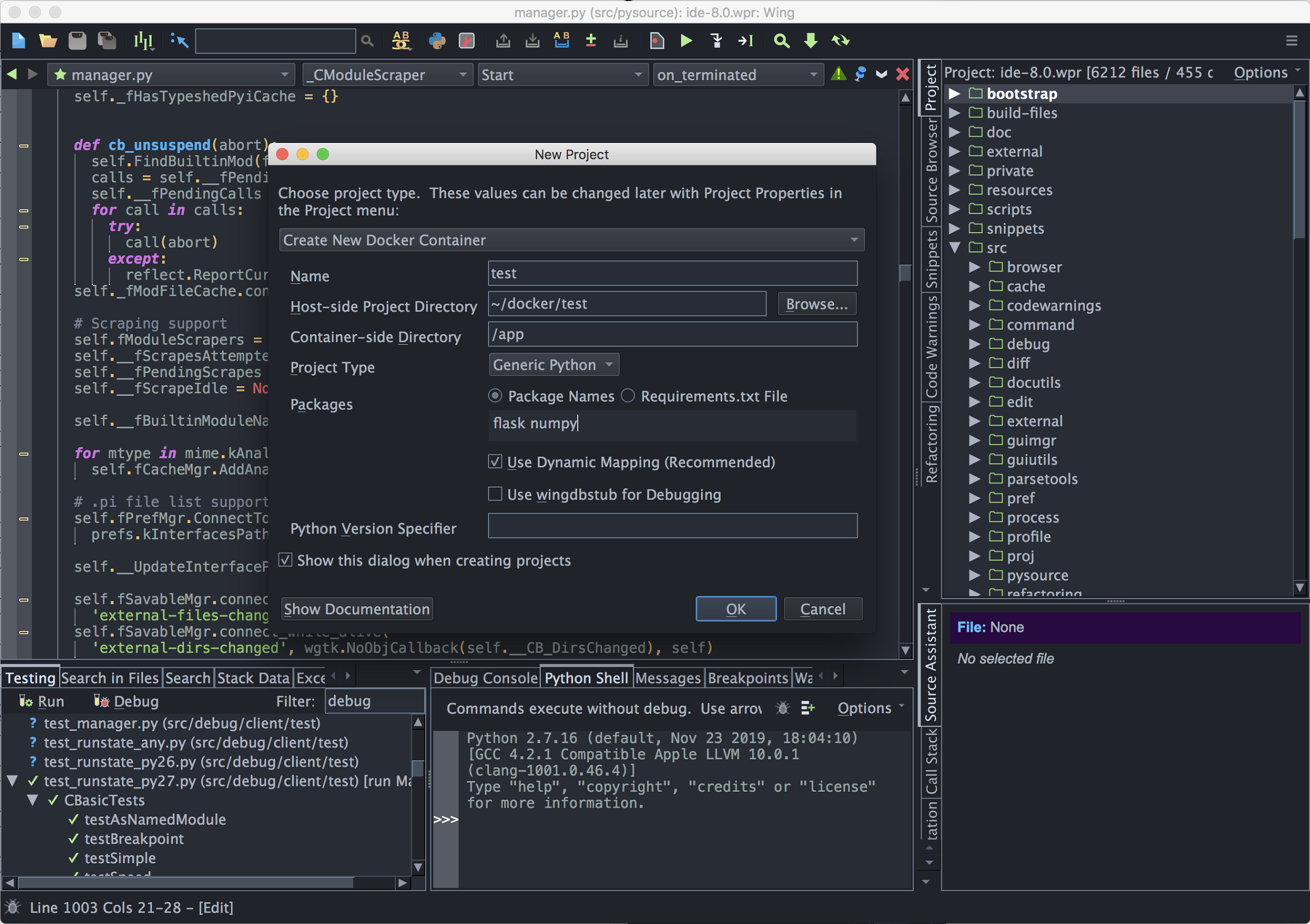 Get More Done
Type less and let Wing worry about the details. Get immediate feedback by writing your Python code interactively in the live runtime. Easily navigate code and documentation.

Find Bugs Faster
Debug any Python code. Inspect debug data and try out bug fixes interactively without restarting your app. Work locally or on a remote host, VM, or container.

Wingware's 21 years of Python IDE experience bring you a more Pythonic development environment. Wing was designed from the ground up for Python, written in Python, and is extensible with Python. So you can be more productive.

Powerful Debugger
Wing's debugger makes it easy to fix bugs and write new Python code interactively. Use conditional breakpoints to isolate a problem, then step through code, inspect data, try out bug fixes with the Debug Console's command line, watch values, and debug recursively. You can debug multi-process and multi-threaded code launched from the IDE, hosted in a web framework, called from an embedded Python instance, or run on a remote host, VM, container, or cluster. Wing also provides an array and dataframe viewer for scientific and data analysis tasks.

Integrated Unit Testing
Wing supports test-driven development with the unittest, doctest, nose, pytest, and Django testing frameworks. Failing tests are easy to diagnose and fix with Wing's powerful debugger, and you can write new code interactively in the live runtime context set up by a unit test.

Customizable and Extensible
Wing offers hundreds of configuration options affecting editor emulation, display themes, syntax coloring, UI layout, and much more. Easily switch to and from dark mode, magnify the interface for presentations and meetings, and use perspectives to manage task-specific UI configurations. New IDE features can be added by writing Python code that calls down to Wing's scripting API. You can even develop and debug your extension scripts with Wing.

And Much More
Other features include a difference/merge tool, code reformatting with Black, YAPF, and autopep8, indentation style conversion, and executing OS command lines. Wing runs on Windows, macOS, and Linux, and also supports remote development to Raspberry Pi and other ARM Linux devices.

Web Development
Wing supports development with Django, Flask, web2py, Pyramid, Google App Engine, and other web frameworks. The debugger can step through Django and web2py templates. Wing works seamlessly with code running on a remote host, virtual machine, or container such as Vagrant or WSL.

Animation and Games
Since Wing's debugger can run in embedded instances of Python, it can be used to develop scripts for Blender, Autodesk Maya, NUKE, Source Filmmaker and other modeling, rendering, and compositing applications that use Python. Wing also works with pygame and other Python-based game engines.

Desktop Apps and More
Wing can develop, test, and debug desktop applications with PyQt, wxPython, Tkinter, and other UI development frameworks. Scripting, Raspberry Pi, and other types of development are also supported.

Support for Containers and Clusters
Wing 8 adds support for developing, testing, and debugging Python code that runs inside containers, such as those provided by Docker and LXC/LXD. Wing works with files on local disk for editing, code analysis, error checking, and version control, but transparently runs code for testing and debugging inside the container.

Wing 8 also supports working with clusters of containers managed by a container orchestration system like Docker Compose. Whole clusters may be debugged, or individual debug, test, Python Shell, and OS Commands processes may be started on containers configured by the cluster, either on synthesized out-of-cluster instances of those containers or in-cluster on the actively running cluster.

New Package Management Tool
Wing 8 adds a new Packages tool that provides the ability to install, remove, and update packages found in the Python environment used by your project. This supports pipenv, pip, and conda as the underlying package manager. Packages may be selected manually from PyPI or by package specifications found in a requirements.txt or Pipfile.

This change adds and/or improves the following specific capabilities:

As a result of this work, Find Uses, Refactoring, and auto-completion now work with f-string expressions and Wing's built-in code warnings work with named tuples. 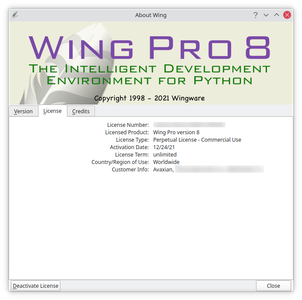 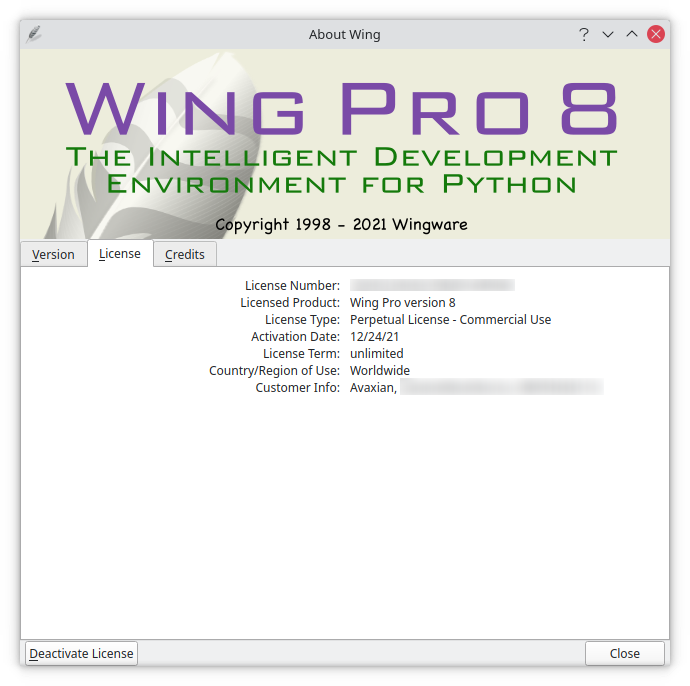