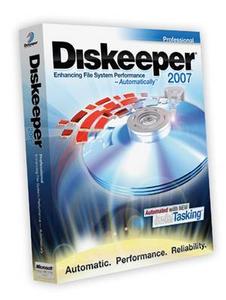 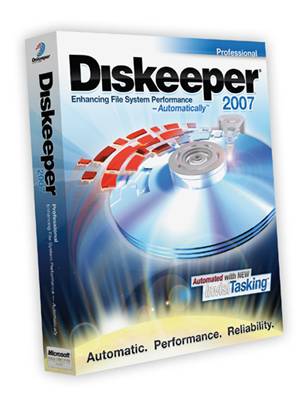 Diskeeper 2007 11.0 Build 703.0 for Windows 2000/XP | 34 MB
According to the National Software Testing Lab (NSTL) proven 300-500% faster and far more thorough than Windows built-in defragmenters. The program includes a unique `Set It and Forget It` functionality with Smart Scheduling, that, once set, runs invisibly and fully automatic in the background. In addition, the Frag Guard feature helps prevent fragmentation in your most critical system files. Additional features include boot-time defrag, priority settings as well as the ability to defrag multiple disks automatically and simultaneously while system is in use.

Diskeeper provides unparalleled peak performance for power users and high powered workstation computing, delivering the ultimate high performance to those who need it most.
Best of all, Diskeeper 2007's revolutionary InvisiTasking™ technology allows vital system performance enhancements, including defragmentation, to occur in real time, on-the-fly. InvisiTasking undetectably taps into unused system resources, providing truly transparent system maintenance.
In addition, Diskeeper's I-FAAST™ 2.0 (Intelligent File Access Acceleration Sequencing Technology) was specifically developed to accelerate the speed of your systems file access time in order to meet the heavy workloads of file-intensive applications. I-FAAST intelligently monitors file usage, and reorganizes those files that are used most for the fastest possible access. Users of applications such as CAD/CAM, database applications, and graphic and video intense applications will experience an astonishing increase in speed and response.
Remarkably, I-FAAST 2.0 can actually boost file access and creation to speeds above and beyond the capabilities of the system when it was new - as much as 80% faster in some cases.
Combined with its many other features (hyperlink to features), Diskeeper 2007 Pro Premier will extend the life and increase the efficiency of your systems while greatly increasing workplace productivity.
With InvisiTasking, except for the exceptional boost in performance, you'll never know it's there because it runs with absolute transparency making your systems faster and more stable than ever.