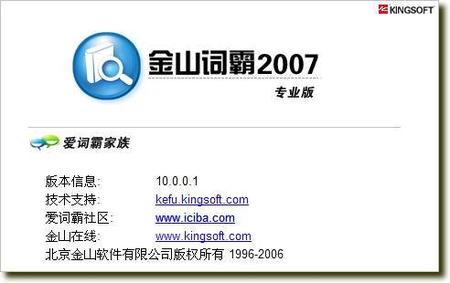 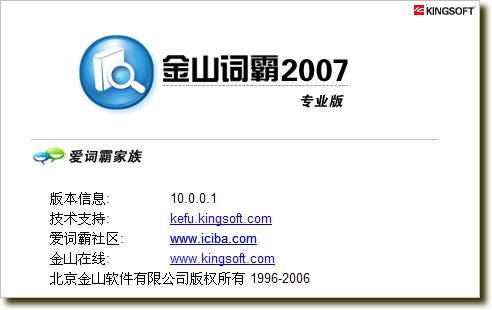 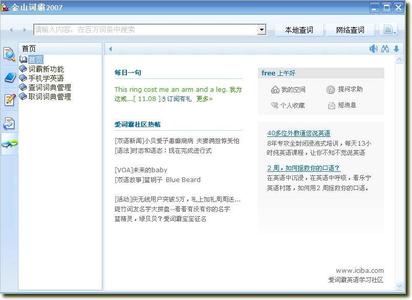 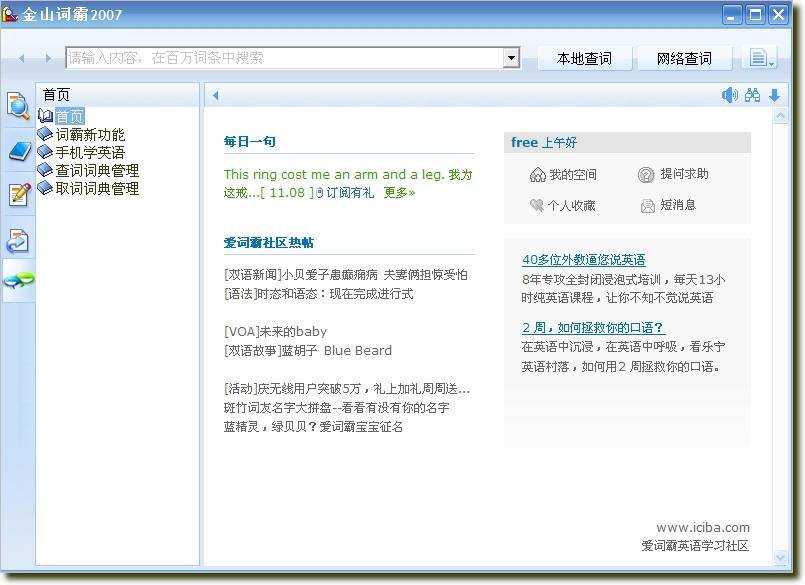 ATTENTION! Before downloading, read this:

This is the most recent version of the powerful Kingsoft PowerWord Chinese/English dictionary. It was officially published on December 6, and I have found it on a Chinese p2p site. It contains much more dictionaries and features than the 2006 version. HOWEVER, in contrast to that, it needs a registration and checks its validity the first time you start the program. I have included a crack that I've found on a number of Chinese sites (practically four files you have to copy into the program directory after install), and it works fine. BUT each time when I start it with the cracked files, my Kaspersky Internet Security warns me that they include a Trojan virus – but if I dare to start it, then later I cannot trace the Trojan with the same Kaspersky. Can it be a hypersensitivity of Kaspersky to a normal feature of the program? (as it indeed follows with suspicion and warning messages the normal functioning of this program as well, but this is not new, it also did it with the 2006 version, and if you allow it once then the warning messages do not return).

I have checked all respective and available Chinese forums, but I have not found any further info on this feature. Therefore I upload this program here not simply as a gift, but also as a case for the experts to test and judge. PLEASE download it (on your own responsibility) and check it; and if you know any explanation, solution, or better crack then please do not hesitate to share it with us.

Trueman Speaker:-
Speaker button next to every word, press it to hear standard English or Chinese (Mandarin) pronunciation.

Easy to Read:-
All the Chinese words have Pin Yin;
All the English words have Phonic symbols.

Bilingual Tool:-
Phrases and example sentences explained in both English and Chinese.