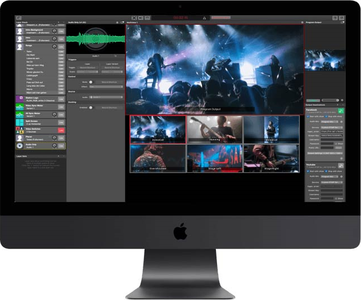 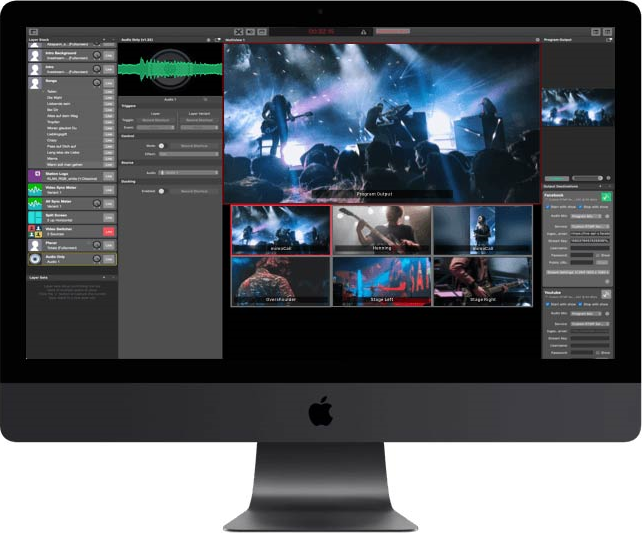 Creating and directing multi camera live shows is challenging. Keeping an overview of tasks like switching the active camera, replay prerecorded sequences and adding layered graphical elements is essential. For a one-person live production that is almost an impossible task. But what if there is a solution, designed exactly for this? mimoLive makes professional broadcast tools accessible for everyone.

Here is the tool which allows you to get prepared for every scene of your show, the software which performs multiple actions simultaneously on a single keystroke, the instrument which you can adjust to your individual needs.

mimoLive is the all-in-one solution for live streaming professionals and it supports NDI input and NDI playout.

Professional video switcher and live streaming for Mac
The live video workflow with mimoLive follows four major steps. First, capture your video footage using any given camera. Followed by the second step, the input into the computer. Conventional using professional graphic cards, externs SDI / HDMI Converter and more recently NDI 4 camcorders. Today we believe in the future of the network standard NDI 4, that’s why it is our recommendation to you to check if NDI 4 delivers good results for your sort of live video stream.
Encoding, switching videos stream, graphics and decoding at once

Once the video streams are coming into your Mac – it’s time for mimoLive to take over encoding, switching video streams, adding graphics and decoding the final stream. This is the third major workflow step for the director of the show. We enpower video producer to control comprehensive live shows by small teams. Finally, mimoLive uses several presets for the major streaming platforms to simply your work life, and to make the fourth step of your workflow as easy as possible.

Fields of applications for mimoLive 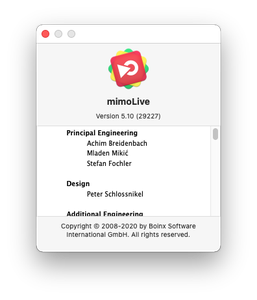 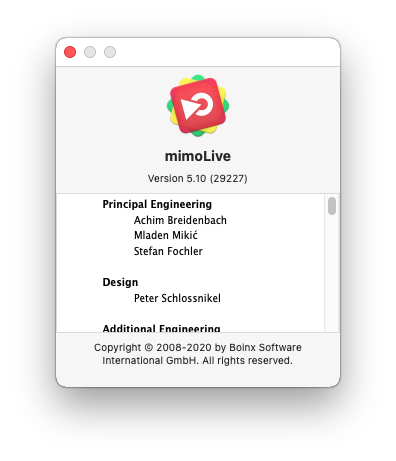