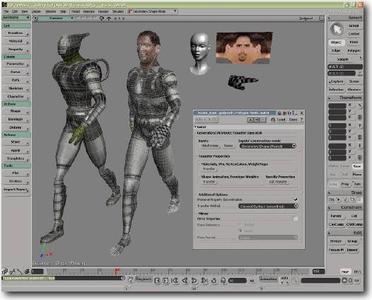 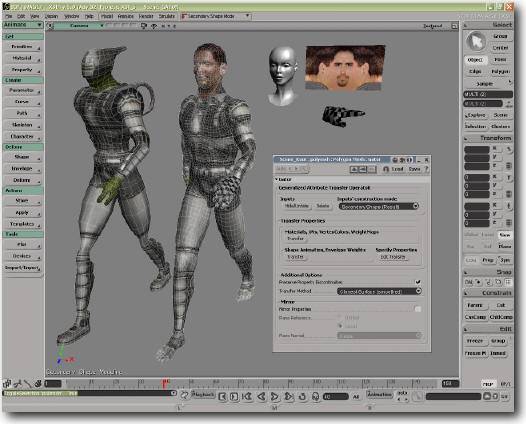 AVID SoftImage XSI Advanced ver. 6.0 | 380 Mb | Windows OS
SOFTIMAGE|XSI is the most advanced 3D animation and character creation software for next generation games & film. The XSI Gigapolygon core, capable of handling massively detailed models with millions of polygons, is the number one reason why leading entertainment companies are switching their next generation projects to XSI. Built on the newest code base and designed for the way the artist thinks, XSI empowers you to bring your creative vision to life.
Model
With the world’s fastest subdivision surface modeler and intuitive tools that make 3D modeling feel like sculpting, XSI’s non-destructive environment lets you focus on your art. A Gigapolygon core architecture that can push millions of subdivided polygons interactively lets you scale your creations to unprecedented levels of detail. With XSI, you’ll never have to wait for your 3D software to catch up to your imagination.
Animate
Fast, flexible animation is the heart of XSI. Streamlined workflows make it easy to pose and keyframe highly detailed characters. You get more keying done while watching your character in the viewports, without having to open another editor. Real-time playback means you can see what you’re doing without waiting for animation previews. A clean, responsive curve editor and dopesheet make it easy to manipulate animation. Easy animation layering and mixing simplify the process of breaking animation into parts and moving it around.
Rig
XSI has the most flexible toolset for defining the control structures that deform your characters. You can use customizable biped, dog-leg and quadruped rig presets to get set up quickly, or dig in and build your own from powerful components. XSI offers the only practical solutions for both corrective sculpting on a posed character, and driving character deformation with rotation. What’s more, XSI lets you set constraints without losing your ability to set keyframes on that channel. 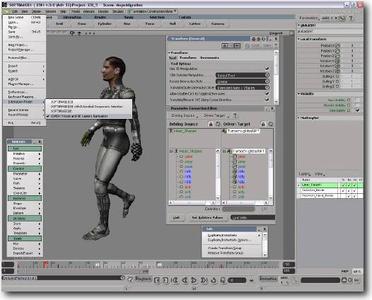 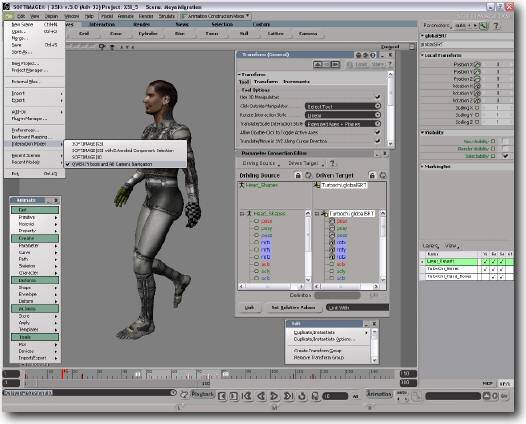 Iterate
XSI offers the best iterative workflow of any 3D package. Non-destructive tools let you add new details to rigged or shape-animated characters whenever you want, without tedious hours of rework. Full mental ray renderer integration means you can generate full-quality previews directly in an XSI viewport for hassle-free client-attended review and approval sessions. And with a built-in compositor, XSI allows you to preview the results of multi-pass renders without switching environments. Change is good.
Collaborate
A successful production is a team effort, so XSI features the industry’s best collaborative environment. Delta referencing technology offers lightweight, production-level referencing so multiple artists can work on assets without getting in each other’s way. Crosswalk interoperability features seamlessly transfer assets into and out of other 3D animation packages.
Reuse
Working with multiple characters often involves tedious manual tasks that you need to repeat for each character. XSI saves you time where it matters most with tools to transfer character setups and animation across rigs. GATOR transfers any surface attributes — including UVs, weight maps, skinning, and shape animation — from one character to another. MOTOR is the world’s first system for moving keyframe animation across characters, regardless of their proportions or control structures. 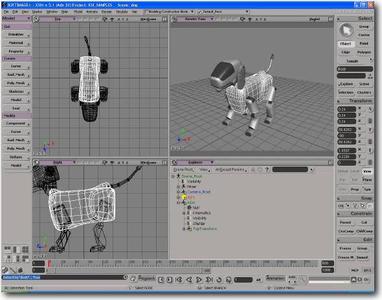 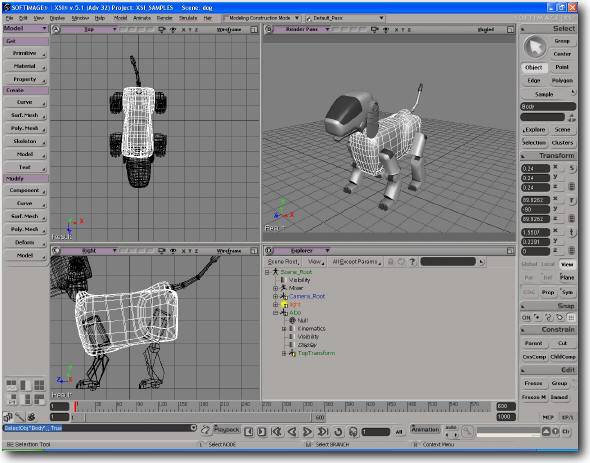 Shade and Texture
From scales and skin, to metal and stone, to cartoon ink and paint, XSI's Quick Shade technology and texturing tools help you get the look you want. A fast, interactive texture editor lets you unfold UVs and place texture maps precisely, while the powerful render tree and texture layer editor make it easy to build complex materials. A fully integrated customizable shaderball engine renders preview thumbnails wherever you need them, so you can see what your materials look like, and how they got that way.
Render
A shared-memory architecture with the award-winning mental ray renderer built right in makes XSI the best 3D animation package for cinematic-quality multi-pass rendering. You can delve into powerful shaders in the render tree and set up breathtaking photorealistic lighting with just a few clicks. The Gigapolygon core and shared-memory architecture mean that you can render more detail using less memory than in any other package. And integrated frame buffers allow you to render a single default pass that outputs many common channels to separate files.
Paint and Composite
Can your 3D software edit textures and image-based lighting in real time? XSI’s built-in compositor is designed to do just that. Based on Avid’s Matador, Media Illusion, and Elastic Reality, XSI Illusion is a fully integrated, resolution-independent 2D paint and compositing module. With over 130 film-quality effects and more than 60 programmable brushes for 2D raster and vector painting, you can use XSI Illusion to rough out final shots, touch up your textures, morph, warp and rig images, create custom mattes and tweak the results of a multi-pass render – all without switching apps. 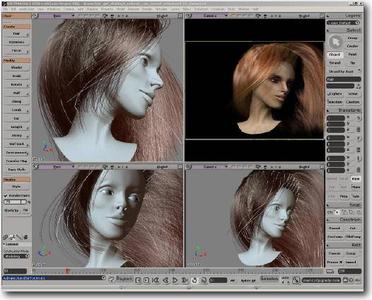 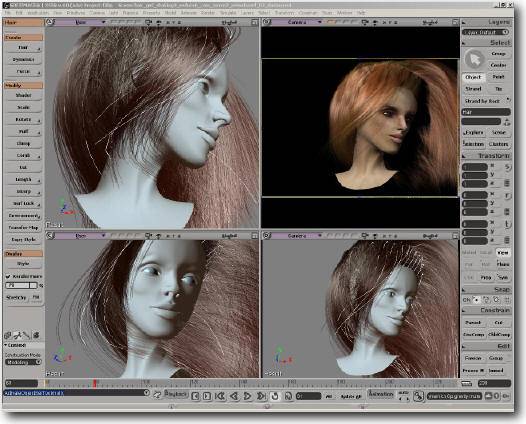 Develop
A Technical Director ’s dream come true, XSI lets you use the best language for the job, offering integrated C#, and support for Python v.2.5 and .NET compliant languages. A Tools Development Environment (TDE) gives developers a dedicated environment for customization and plug-in development. With a completely programmable realtime shader pipeline, a dedicated framework to host custom applications, and a rendering SDK that makes it possible to integrate 3rd party renderers, XSI is simply the most customizable 3D package available.
Download:
http://www.ftp2share.com/file/11648/softimagexsi6.0.txt.html