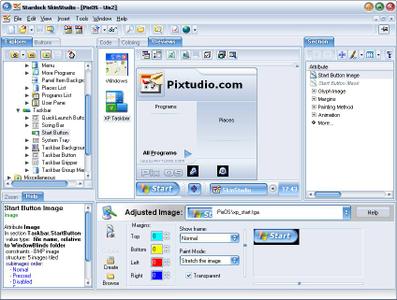 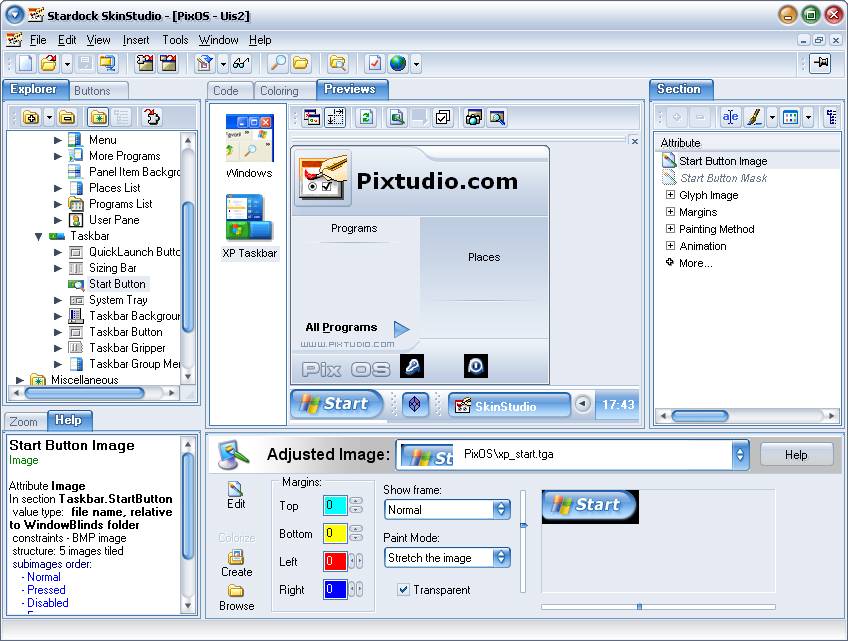 Stardock SkinStudio Professional ver. 5.0.0.1111 | 5 Mb
SkinStudio is a program that lets you design your own graphical user interfaces that can then be applied to Microsoft Windows or various programs on Windows such as Windows Media Player. SkinStudio is a program that enables Windows XP to add, edit, and create new visual styles. By default, Windows XP only allows 4 different looks – blue, green, silver, and classic. With SkinStudio XP installed, you can download the thousands of WindowBlinds visual styles on the net and use them to completely customize Windows XP.

Because SkinStudio XP comes bundled with the latest version of WindowBlinds, you gain all the benefits of WindowBlinds plus the design features of SkinStudio. SkinStudio makes it easy to create new visual styles, you can even draw up your ultimate masterpiece and import it as a template, highlight each part with the mouse to modify virtually any part of the Windows XP interface.

Skinners can open up existing visual styles and edit them as well as import pieces (buttons, borders, start bars, etc.) from other skins to create a skin that is a combination of various other skins. SkinStudio also allows users to import alternative skin formats such as .msstyles, edit them and save as a WindowBlinds skin or even Windows Media Player skin. In fact, when SkinStudio is installed on a system, .msstyles are automaticaly able to be used by WindowBlinds users simply by double clicking on a .msstyles file. This means users can make use of .msstyles files without having to patch any system files.