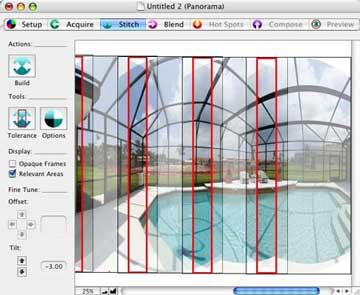 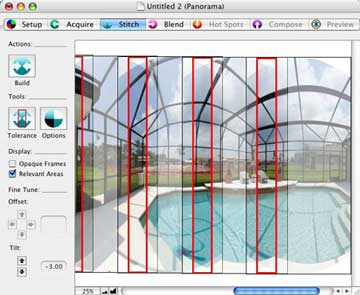 Among the new features found in The VR Worx 2.0 are:
Ability to generate an Object Movie that has the Object within a Panoramic background, called Object in Pano
Scriptable via AppleScript™ on the MacOS™ and Visual Basic™ scripts on Windows™
Option to Reference Source Images or bring Source Images into Project Document
Option to use the new "HyperStitch" a fast stitching capability
Multi-node Transitions, including Cross Fade, Wipe, Zoom, Radial, Iris, etc.
Optimized for the World Wide Web, via existing Templates and pre-built HTML pages containing movies, as well as ability to customize the preview image.
Import and Export Pano Image at 10,000 x 3,000 pixels
Templates pre-built to lens specifications of the new cameras on the market
And more.