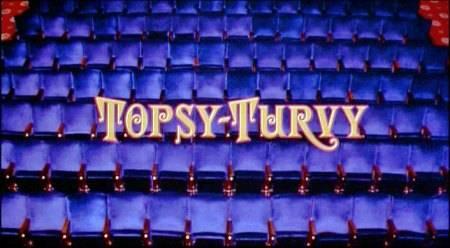 Mike Leigh - Topsy-Turvy (1999)
1462 MB | 2:33:36 | English with Eng. s/t | XviD, 560 Kb/s | 608x336
Mike Leigh's brilliant re-creation of the most famous partnership in the British theatre-the collaboration of W. S. Gilbert and Arthur Sullivan in the glory era of imperial rule. There are elements here of a traditional bio-pic-failure, triumph, intimations of immortality-but none of the stodginess and self-congratulation that usually plague the form. Sullivan (Allan Corduner), a libertine who nevertheless had serious pretensions as a composer, and Gilbert (Jim Broadbent), formal, irascible, and asexual, but a great theatrical pro, are so dissimilar in temperament that they can hardly bear each other's company. Leigh suggests that the combination of sentimental languor and incisiveness produced the art of "The Mikado," whose preparation and first performance take up the second half of the movie. The authentic period stage lighting produces a glow on the painted faces; the fragile beauty of Sullivan's tunes is piercing when they are played, as they are here, at slower tempos than we are used to hearing. In all, one of the greatest movies about the theatre. With Lesley Manville, Timothy Spall, Ron Cook, and Wendy Nottingham. 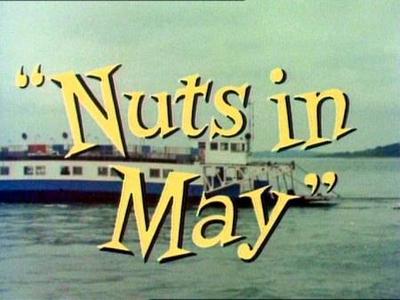 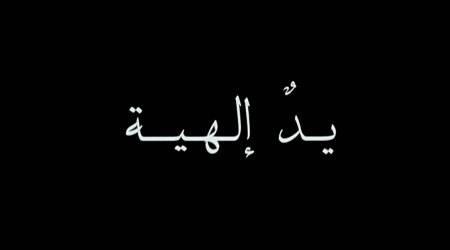 Elia Suleiman-Yadon ilaheyya ('Divine Intervention') (2002)
728.2 MB | 1:29:31 | Arabic/Hebrew with Eng. s/t | XviD, 900 Kb/s | 720x400
At the center of the Middle East conflict, hearts beat in tragic comedy and deadpan irony: a sexy young Palestinian woman defies Israeli soldiers and struts through a check-point as if it were the catwalk of a fashion show, Santa Claus is chased up the sun-drenched hills of Nazareth by a gang of knife-wielding school kids, Israeli police use a blindfolded prisoner to provide directions to tourists in Jerusalem and a female ninja descends from the sky, holding the map of ‘Palestine’ as her battle shield. These are but a few of the provocative images put forth in this critically-acclaimed satire chronicling the absurdities of life and love on both sides of the Palestinian-Israeli border.
Drama HDTV 2000 DVD-Rip
Details

Elia Suleiman-Chronicle of a Disappearance (1996) 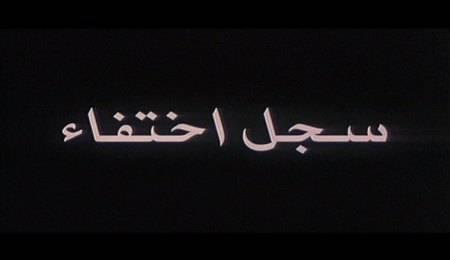 Elia Suleiman-Chronicle of a Disappearance (1996)
730.9 MB | 1:24:29 | Arabic/Hebrew with Eng. s/t | XviD, 1020 Kb/s | 608x352
"With a strong sense of irony and a deadpan visual style" (Janet Maslin, The New York Times), Chronicle of a Disappearance unfolds in a series of seemingly unconnected cinematic tableaux, each of them focused on incidents or characters which seldom reappear later in the film. Among the many unrelated scenes, there is a Palestinian actress struggling to find an apartment in West Jerusalem, the owner of the Holy Land souvenir shop preparing merchandise for incoming Japanese tourists, a group of old women gossiping about their relatives, and an Israeli police van which screeches to a halt so several heavily armed soldiers can get off the car and urinate.
Drama 1990 HDTV DVD-Rip
Details

Kon Ichikawa-Tôkyô orimpikku (1965)
1461.6 MB | 2:49:56 | Japanese with English s/t | XviD, 1040 Kb/s | 576x240
A spectacle of magnificent proportions, Kon Ichikawa's Tokyo Olympiad ranks among the greatest documents of sport ever committed to film. Utilizing glorious widescreen cinematography, Ichikawa examines the beauty and rich drama on display at the 1964 Summer Games in Tokyo, creating a catalogue of extraordinary observations that range from the expansive to the intimate. The glory, despair, passion, and suffering of Olympic competition are rendered with lyricism and technical mastery, culminating in an inspiring testament to the beauty of the human body and the strength of the human spirit.
1960 HDTV Documentary DVD-Rip
Details 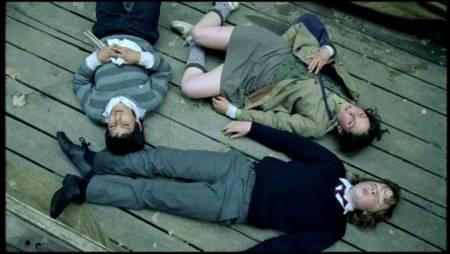 Andrés Wood-Machuca (2004)
1469.2 MB | 1:55:57 | Spanish with English s/t | XviD, 1490 Kb/s | 624x352
Chile, 1973. The film is is set during the last days of President Allende and the first days of Pinochet. Gonzalo Infante and Pedro Machuca are two eleven-year-old boys who live in Santiago, the former in a wealthy neighborhood and the latter in a recently created, illegal shantytown just a few blocks away. There is a huge invisible wall dividing these two separate worlds, a wall that some people, caught up in the revolutionary fervor of the times, want to break down. One of these hopeful dreamers is the headmaster at a private parochial school, Father McEnroe. With support from the parents of his students, he admits children from the poor shantytown families into his elitist school. He is determined they will learn to respect each other. That is why Pedro Machuca is in the same class as Gonzalo Infante. The friendship between them is full of discoveries and surprises.
Drama HDTV 2000 DVD-Rip
Details

Arnaud Desplechin-Rois et reine (2004)
1467.9 MB | 2:26:25 | French with English s/t | XviD, 1140 Kb/s | 720x304
KINGS AND QUEEN is a rich film that tells two stories, converging on the life of two people, Ismaël and Nora, who on first glance seem to have nothing to do with each other. Nora (Emmanuelle Devos), 35 years old, always charming and caring, has a 10-year-old son from her first husband - who committed suicide. She is divorced from the second husband Ismaël (Mathieu Amalric) and about to marry her third. She travels to Grenoble to take care of her dying father and to spend time with her silent son. Meanwhile, Ismaël, a sane but neurotic violinist, is flipping out. Having problems with tax collectors and his sister, he picks up some eccentric habits that land him temporarily in a mental institution, where he provokes the psychiatrist (Catherine Deneuve) and a young girl who is attracted by his behaviour. This is the moment when Nora comes to him with the question to that he should adopt her son Elias. From then on, Desplechin unveils more and more details about his characters Nora and Ismaël, who turn out to be quite different from what one expects.
Drama HDTV 2000 DVD-Rip
Details 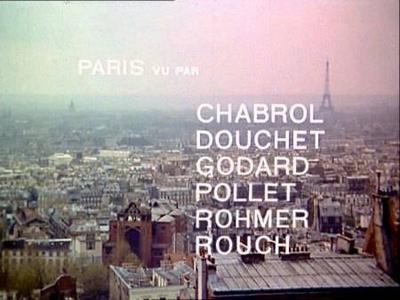 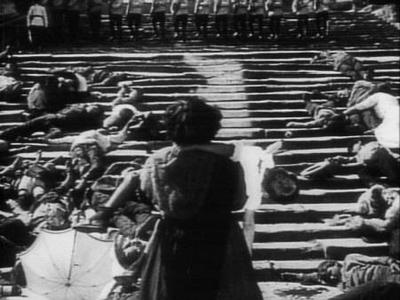 Sergei M. Eisenstein-Bronenosets Potyomkin (1925)
726.9 MB | 1:14:16 | Silent film with Russian + English <F> s/t | XviD, 1180 Kb/s | 512x384
Based on the historical events the movie tells the story of a riot at the battleship Potemkin. What started as a protest strike when the crew was given rotten meat for dinner ended in a riot. The sailors raised the red flag and tried to ignite the revolution in their home port Odessa.
Drama 1920 HDTV DVD-Rip
Details 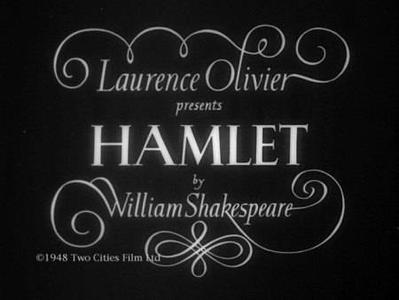 Laurence Olivier-Hamlet (1948)
2353.7 MB | 2:33:48 | English with English s/t | XviD, 1900 Kb/s | 640x480
Winner of four Academy Awards, including Best Picture and Best Actor, Sir Laurence Olivier’s Hamlet continues to be the most compelling version of Shakespeare’s beloved tragedy. Olivier is at his most inspired—both as director and as the melancholy Dane himself—as he breathes new life into the words of one of the world’s greatest dramatists.
Drama HDTV 1940 DVD-Rip
Details 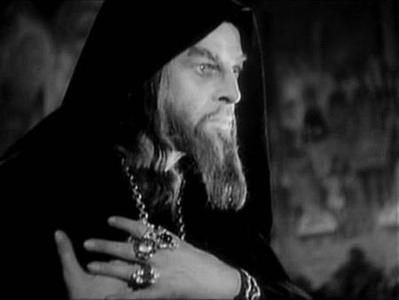 Sergei M. Eisenstein-Ivan Groznyy II, Boyarsky zagovor (1958)
726.8 MB | 1:24:52 | Russian with English <F> s/t | DivX, 1050 Kb/s | 512x384
Navigating the deadly waters of Stalinist politics, Eisenstein was able to film two parts of his planned trilogy about the troubled 16th-century tsar who united Russia. Visually stunning and powerfully acted, Ivan the Terrible charts the rise to power and descent into terror of this veritable dictator. Though pleased with the first installment, Stalin detected the portrait in the second film—with its summary executions and secret police—and promptly banned it.
Drama HDTV 1950 DVD-Rip
Details 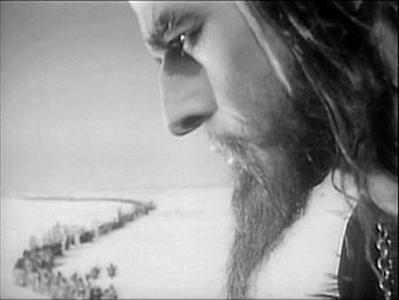 Sergei M. Eisenstein-Ivan Groznyy I (1944)
729 MB | 1:38:59 | Russian with English <F> s/t | DivX, 900 Kb/s | 512x384
Navigating the deadly waters of Stalinist politics, Eisenstein was able to film two parts of his planned trilogy about the troubled 16th-century tsar who united Russia. Visually stunning and powerfully acted, Ivan the Terrible charts the rise to power and descent into terror of this veritable dictator. Though pleased with the first installment, Stalin detected the portrait in the second film—with its summary executions and secret police—and promptly banned it.
Drama HDTV 1940 DVD-Rip
Details 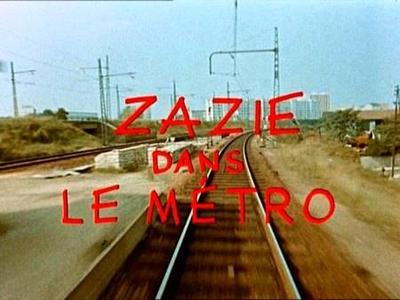 Louis Malle-Zazie dans le métro (1960)
729.9 MB | 1:28:51 | French with English <F> s/t | XviD, 980 Kb/s | 400x304
This merry farce depicts a satirical view of the French society: Twelve years old Zazie has to stay two days with her relatives in Paris, so that her mother can spend some time with her lover. However Zazie escapes her uncle's custody and sets out to explore Paris on her own.
Drama HDTV 1960 DVD-Rip
Details 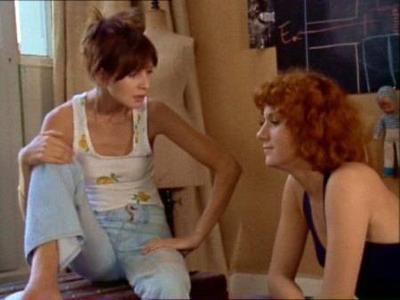