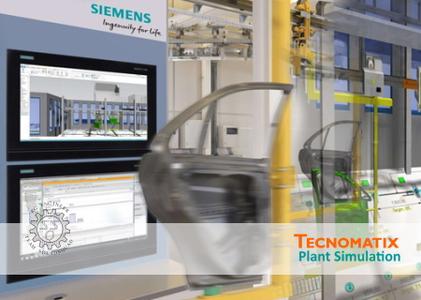 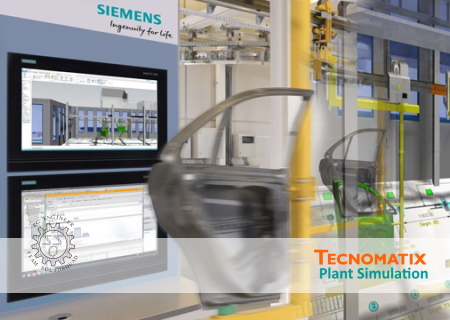 
Maintenance Pack 16.0.4, released in March 2021
Fixed Bugs of the Material Flow Objects
• We fixed a crash of automatic routing of parts. The crash could only occur in certain, very rare cases.
• We fixed a problem of the ParallelStation with the setting Set-up only when empty . If an MU with another type was unblocked and additional MUs were placed in the blocking list, the simulation sometimes did not continue. (PR 9983374)
• We fixed a bug when activating acceleration of the Transporter. Now Plant Simulation checks if the Target position can be reached with speed 0 if target distance , target position or a route for the Transporter not bound to a fixed route network is set.
• We fixed a bug of the Transporter not bound to a fixed route network which in rare cases caused Transporter to be invisible temporarily. (PR 9977316)
• We fixed a bug when unblocking parts of the Store/ParallelStation. It could occur when a part was moved to a specific storage place when the entrance was closed. When opening the entrance the part was then not moved to the designated storage place but to an arbitrary place. (PR 9997076)
• We fixed a bug of the AssemblyStation which did not start processing parts when it was set-up for a mounting part with Set-up for when the mounting part had the same type as the main part. (PR 9999955)
• We fixed a bug of the Drain which caused inheritance of the attribute TypeStatOn to be always deactivated after loading a model.

Fixed Bugs of the Resource Objects
• We fixed a bug which occurred when you changed the contents of a DropDownListBox via SimTalk in the Dialog. This then also changed Tab order . (PR 9995150)
• We fixed a bug which prevented that the Dialog showed the names of sub-tables when displaying DataTables.
• We fixed a crash of the LockoutZone. When you replaced an instance of a LockoutZone with an instance of another LockoutZone class and when all attributes were copied during this process, inheritance of the objects list was not turned off. (PR 10009174)

Fixed Bugs in 3D
• We fixed a problem which sometimes prevented a user-defined configuration type of a length-oriented object on the tab Appearance of the dialog Edit 3D Properties from being recognized as such although the type could not be represented by one of the built-in types. (PR 9966248)
• We fixed the display of the object Oracle19c which was shows as a gray cube.
• We fixed a crash which occurred when you exported an object as an .s3d file that represented the structure of a valid robot. (PR 9981843)
• We fixed a problem when setting MU animation areas via SimTalk, the retrieval of bounding boxes, and the display and editing of visibilities of graphic groups in the dialog Edit 3D Properties and in the dialog Show Graphic Structure which occurred for a Worker that was walking at the moment of that stopped on its way. The problem caused the animation-caused intermediate state of the graphic group visibility to be treated as if the graphic group would be actually visible like that.This could interfere with the mentioned usages and, for example, cause debugging of a Method, which attempted to assign a MU animation area to change how it was processed. Now the animation-caused intermediate state is ignored in all of these cases and only the attribute _3D.VisibleGraphicGroups is considered.
Note: The dialog Show Graphic Structure will in the future show the actual visibility of a graphic group in its icon, while the context menu command Visible naturally shows the state of the attribute _3D.VisibleGraphicGroups. In the future it might this be that the icon and the context menu command will not show the same for a walking Worker. (PR 9970530)
• We fixed a rare problem which caused Plant Simulation to jump parts of animation paths, which only changed the rotation but did not change the rotation axis and the rotation angle.
• We fixed a problem which caused the alignment to the grid for newly inserted anchor points of length-oriented ob- jects to be unreliable. (PR 9969830)
• We fixed a problem which allowed you to change the name of animation paths in the dialog Edit 3D Properties and which caused crashes afterwards. We now correct models with such unnamed animation paths by deleting the respective paths.
• We fixed a crash of the method _3D.RobotArmAnimations.setTable which could occur when the passed table contained invalid data.
• We fixed a problem, which in rare cases prevented individual objects in the copied folder to be created in 3D when duplicating a folder in the Class Library. (PR 9997986)
• We changed the behavior of command Open Location in 3D-Only-models . It now zooms to the object if it is located in a Frame.
• We fixed a bug which could cause all graphic groups to be invisible for the Chart. (PR 9980532)
• We fixed a crash which occurred when you first stored the access to a graphic group in SimTalk in a local variable, then exchanged all graphics of the object with _3D.exchangeGraphic and thus deleted the graphic group, and when you then attempted to change the graphic of the just delete graphic group by using the local variable created before.
• We fixed a crash which occurred when you copied a Frame directly containing animatable objects. (PR 9998667)
• We fixed a crash of the method _3D.RobotArmAnimations.setTable. (PR 10010814) 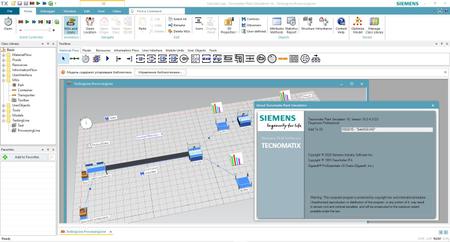 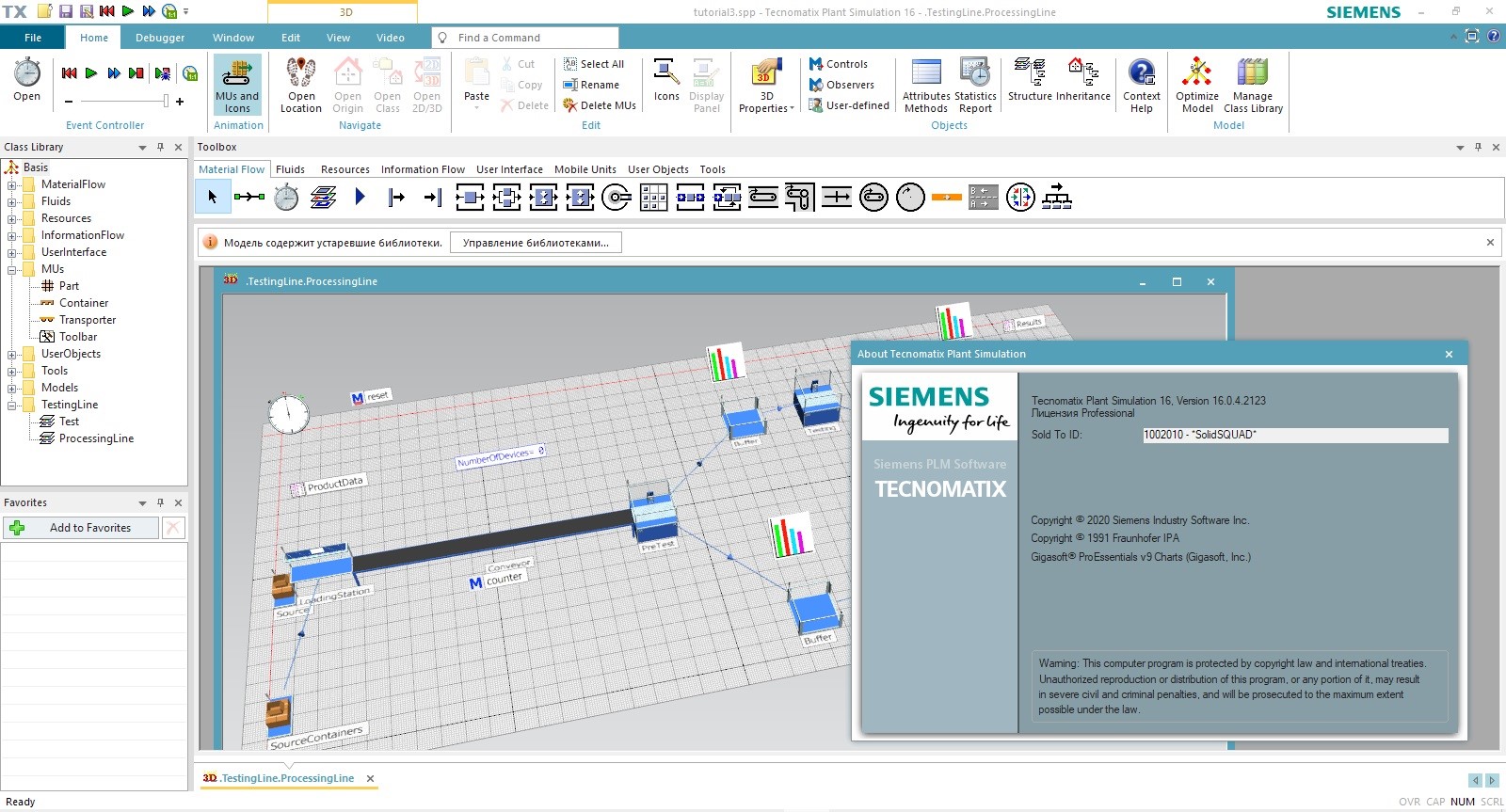 Tecnomatix Plant Simulation allows you to model, simulate, explore and optimize logistics systems and their processes. These models enable analysis of material flow, resource utilization and logistics for all levels of manufacturing planning from global production facilities to local plants and specific lines, well in advance of production execution.

Use the power of discrete event simulation for production throughput analysis and optimization to improve your manufacturing system performance.


Siemens PLM Software is a world-leading provider of product lifecycle management and manufacturing operations management software. We help thousands of companies realize innovation by optimizing their processes, from planning and development through manufacturing, production and support.

Recommended PC Configuration
- Operating system: Windows 10 64-bit
- Intel Core i5 or i7 processor or comparable product
- 2 GB of free disk space
- 16 GB RAM
- For working with Plant Simulation 3D: Graphics card with at least 2GB RAM. We recommend graphics cards with NVidia GeForce chips. Graphics cards which have been optimized especially for CAD applications are not required. For 3D Navigation, we support the SpaceNavigator by 3Dconnexion.
- Graphics resolution of 1920 x 1080 pixels or higher
- Internet Explorer 11