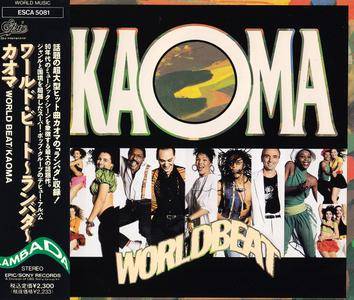 Worldbeat is a 1989 album recorded by Kaoma. It was the band's debut album and provided three hit singles, two of them achieving success worldwide: "Lambada", "Dançando Lambada" and "Mélodie d'amour". The album is composed of songs in Portuguese, Spanish and English. It was ranked in the top 25 in Switzerland, Germany, Norway, Australia and Austria. It topped the Billboard Latin Pop in the U.S.