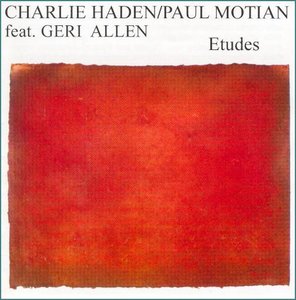 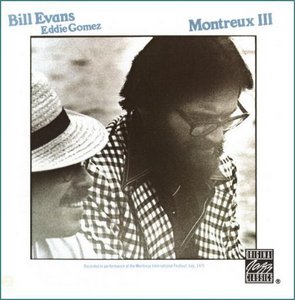 For this duet set from the 1975 Montreux Jazz Festival (a Fantasy date that has been reissued on CD under the OJC imprint), Bill Evans alternates between acoustic and electric pianos while Eddie Gomez offers alert support and some near-miraculous bass solos. The audience is attentive and appreciative – as they should be, for the communication between the two masterful players (on such songs as "Milano," "Django," "I Love You," and their encore, "The Summer Knows") is quite special.–AMG 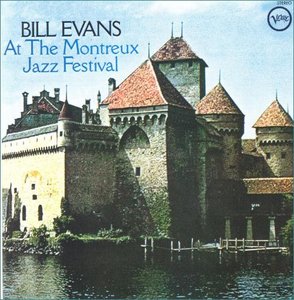 This 1968 release of Bill Evans' performance at the Montreux Jazz Festival the year before is a pinnacle of trio interplay (handily justifying its being awarded a Grammy for Best Instrumental Small Group Jazz Performance). Drummer Jack DeJohnette, at the beginning of his career ascension, spent only a year with Evans. His playing at this performance embraces the rich trio format that Evans developed, wherein each of the three are of seemingly equal voice. Listening to this set, one is hard pressed to identify any one musician as being in support of the others; rather, they are in tandem or in conversation. The previously unissued "Quiet Now" joins "I Loves You Porgy" as gorgeously emotive meditation for solo piano.–cduniverse

John McLaughlin and The 4th Dimension: To The One 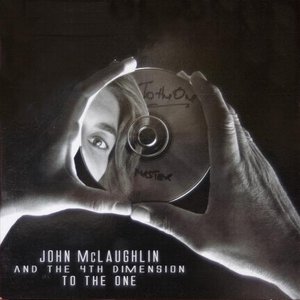 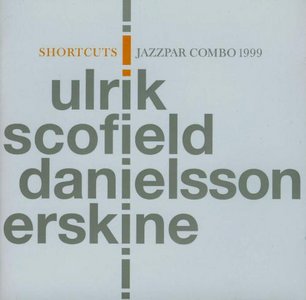 When I was asked to pick a "dream team" for the 1999 Jazzpar Combo I hadn't in my wildest dreams imagined that I would succeed in bringing together this band. Usually you are allowed to choose one guest star - I got three! When I realized my luck I knew instantly with such first-rate musicians as Scofield, Erskine and Lars very few directions were called for. These guys are not "only" amazing instrumentalist, they are also composers and band leaders in their own right, and it would be s shame not to make use of all abilities. So I asked all three of them to bring along some of their own compositions and tried to keep in the background during our rehearsals.

Kurt Elling: Dedicated to You 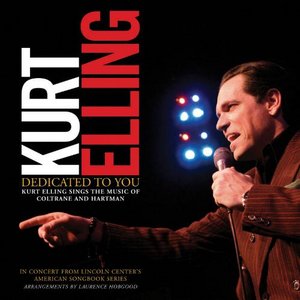 Dedicated To You is a tribute to one of the most beloved and beautiful recordings in jazz, John Coltrane and Johnny Hartman. On that six song album, John Coltrane introduces a relatively unknown singer named Johnny Hartman. The two musicians had only just met one another, however in a mere three hours, they produce a classic. Hartman unfortunately never gains much recognition beyond this one album. Coltrane obviously fares a bit better. 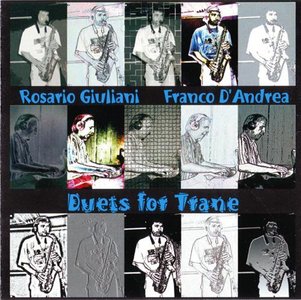 Altoist Rosario Giuliani is not well known outside of his native Italy, but he should be. On the inspired outing Duets for Trane, he performs nine songs composed by John Coltrane as duets with pianist Franco d'Andrea. The interplay between the musicians is reminiscent of Lee Konitz and Lennie Tristano; in fact, this set gives one an idea of what Konitz and Tristano might have sounded like if they had explored a full set of Coltrane tunes. Their interpretations are fresh and extend the ideas of the songs, which not only include the minor blues "Equinox" and "Giant Steps" but a 12-and-a-half minute rendition of the themes from "A Love Supreme." The memorable set concludes with Giuliani playing unaccompanied on "Solo for Trane." A classic of its kind. ~ Scott Yanow, All Music Guide 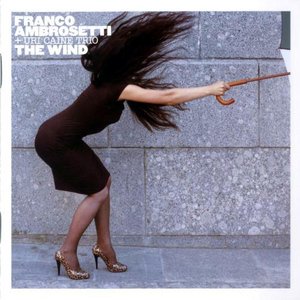 Franco Ambrosetti is hailed among Europe's most prolific jazz trumpeters and the winner of numerous awards. 'The Wind' presents the trumpeter in a new surrounding, accompanied by the current trio of pianist Uri Caine. For the first time in 10 years Ambrosetti is the only horn player on one of his albums. Concentrating on the trumpet and fuelled by the cooking energy of the trio, Ambrosetti's playing radiates a power and youthfulness that betray his age, on tunes penned by himself, Caine, Sonny Rollins & Russ Freeman. 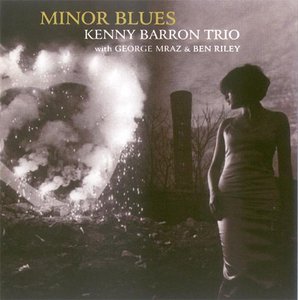 Barron is a hugely talented pianist - one of the best jazz pianists alive today -, and his bop-based style with flowing lyricism and unique melodic sense in in full display here. And unlike his other recent albums, this CD mostly features his beautiful interpretations of standards and ballads. Barron, George Mraz and Ben Riley sound perfectly relaxed and inspired at the same time. One can tell from this CD that they enjoyed playing together very much. This is clearly one of Kenny Barron's best albums to date!. Highly recommended! 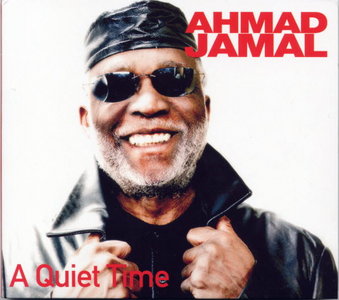 Magician with sounds ! Here is the term which perfectly suits Ahmad Jamal. Miles Davis was already dreaming thanks to him but as he could not hire him, he asked his pianist to draw his insipration from Ahmad Jamal. With a consolidated rhythmic base, the pianist-composer has more freedom at his disposal to discover new sounds. Pushing his limits away, this is the permanent Credo of this eternal young man. An attitude which shows the fullness of this creative and generous artist. With « A Quiet Time», Ahmad Jamal, devotee of Maurice Ravel s music, writes one of the most beautiful chapters of what he calls, with pride, « the american classical music ». 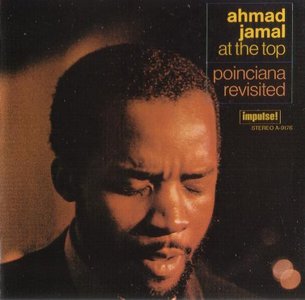 Jamal, Ahmad, 1930-, American jazz pianist, b. Pittsburgh, Pa. He started playing the piano at the age of three and became interested in jazz during the bop era. He began playing professionally at 18 and shortly thereafter came to the attention of Miles Davis, who cited Jamal as an important influence. In 1951 he formed his first trio; he has continued to create a uniquely orchestral sound, defining the jazz trio for some 50 years. In 1958 he and his group recorded Ahmad Jamal at the Pershing, featuring the song "Poinciana," which became his signature tune.
Jamal has been acclaimed for his cool post-bop style, melodic and rhythmic improvisations, dramatic pacing, dynamic effects, innovative small-ensemble arrangements, and use of musical space. 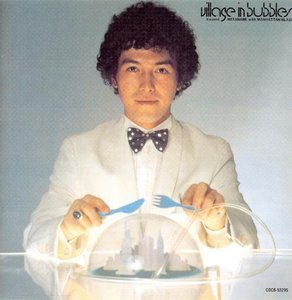 Kazumi Watanabe was born on October 14, 1953 in Tokyo, Japan. He is a jazz fusion and instrumental rock guitarist and composer. He has been chosen Best Jazzman 24 times in a row by Swing Journal's annual poll. In 1979, he joined a group of innovative musicians such as Ryuichi Sakamoto, Akiko Yano, Yukihiro Takahashi, Yasuaki Shimizu, Toshiyuki Honda and Shuichi 'Ponta' Murakami to form the legendary all-star band KYLYN, making an impact on the Japanese music scene. In autumn of the same year, he participated in the world tour of Yellow Magic Orchestra. Its huge success brought the name KAZUMI an international recognition.
Throughout the 1980s, he worked with a stellar cast of established musicians, including Tony Levin, Bill Bruford, Sly and Robbie, Wayne Shorter, Patrick Moraz, Marcus Miller, Richard Bona and Peter Erskine.
Watanabe has remained prolific and active throughout the 1990s and 2000s and remains one of Japan's best-selling jazz artists. His output is considered some of the better instrumental jazz fusion to emerge from Japan, informed with a particular bite and variety in approaches.
He is known for heavy endorsement and use of guitars by Steinberger and Paul Reed Smith. 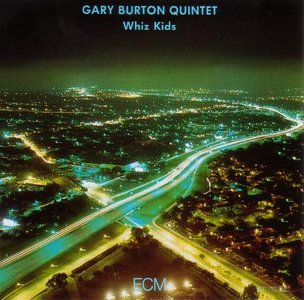 In addition to his longtime bassist Steve Swallow and drummer Martin Richards, vibraphonist Gary Burton features a couple of young players on this date who he would classify as "whiz kids": pianist Makoto Ozone and the Coltrane-inspired tenorman Tommy Smith. The repertoire (all obscurities) and post-bop solos have more fire than one would normally expect on a Gary Burton record, and there are plenty of colorful moments on this subtle but adventurous set, Burton's final date for ECM after 14 years. ~ Scott Yanow, All Music Guide 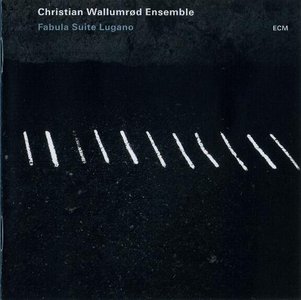 Follow-up to the critically-lauded “The Zoo Is Far”, of which the Irish Times wrote, “Explicitly moving away from jazz with this sextet despite the presence of musicians with jazz backgrounds, including himself, Wallumrød has reduced these elements to the peripheral, seeking, above all, a through-composed ensemble music that reflects his contacts with contemporary classical, baroque, Norwegian folk and church music. It’s exquisitely performed; the permutating blend of trumpet-violin/Hardanger fiddle/viola-cello-baroque harp and piano or harmonium, with rhythm, is uniquely beautiful.” 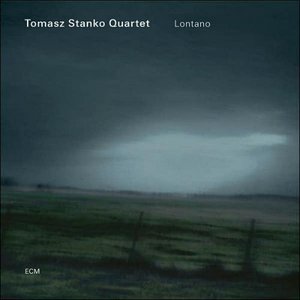 ECM's star trumpeter continues to set the benchmark for contemporary European jazz.
Since recording the acclaimed 2001 classic Soul of Things, this great elder statesman of European jazz appears to have had the musical equivalent of 'nip and tuck' surgery. This fresh lease of life is due in no small part to the incredible chemistry between him and his young Polish piano trio. Currently recording for ECM in their own right, they include the enigmatic pianist Marcin Wasilewski.