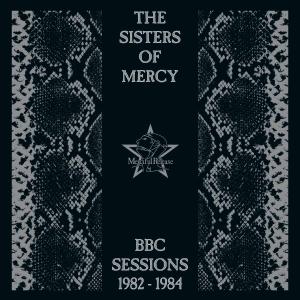 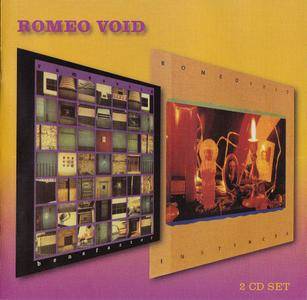 2007 UK two CD set featuring 2 original albums and a host of bonus tracks available as one set for the first time. Remastered with new added liner notes. Formed in San Francisco in 1979 and fronted by Debora Iyall, Romeo Void recorded three albums for Frisco Indie 415 Records after being brought to the label's attention by Rick Ocasek of The Cars. Benefactor, the band's second release in 1982, was followed by the slicker 1984 set Instincts produced by David Kahne (who would go on to produce The Bangles). Benefactor includes the hit 'Never Say Never'. Instincts features the hit 'A Girl In Trouble Is A Temporary Thing'. 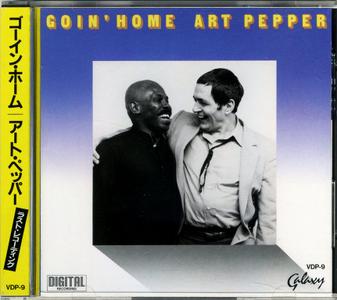 Art Pepper's final recording sessions were comprised of duets with pianist George Cables. Pepper, who splits his time almost evenly here between alto and clarinet, is in surprisingly strong form considering that he only had a month left to live. He is heard at his best on "Goin' Home," "Don't Let the Sun Catch You Crying," "Isn't She Lovely," and "Lover Man," really pouring out his emotions into the ballads. 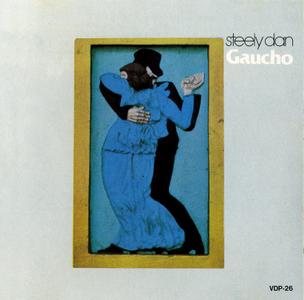 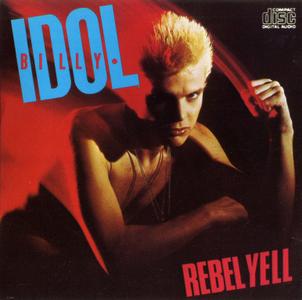 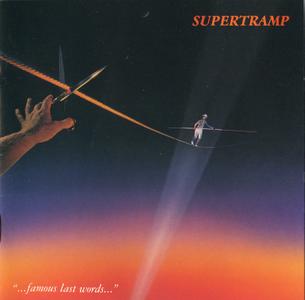 …Famous Last Words… was the last album that Roger Hodgson made with Supertramp before seeking a solo career, and he made sure that radio would take kindly to his last hurrah with the band. Sporting an airy and overly bright pop sheen, …Famous Last Words… put two singles on the charts, with the poignant "My Kind of Lady" peaking at number 31 and the effervescent smile of "It's Raining Again" going to number 11… 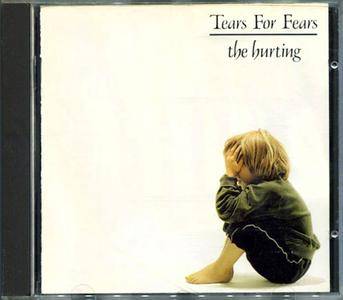 Tears For Fears - The Hurting (1983) [Non-Remastered]
EAC | FLAC | Image (Cue&Log) ~ 259 Mb | Mp3 (CBR320) ~ 134 Mb | Scans included
New Wave, Synthpop, Pop/Rock | Label: Mercury | # 811 039-2 | Time: 00:41:48
The Hurting is the debut studio album by the British rock/pop band Tears for Fears. It was released on 7 March 1983, and peaked at No. 1 on the UK Albums Chart in its second week of release. The album was certified Gold by the BPI within three weeks of release, and reached Platinum status in January 1985. The album contains Tears For Fears' first three hit singles – "Mad World", "Change", and "Pale Shelter" – all of which reached the Top 5 in the UK. It also contains a new version of the band's first single, "Suffer the Children", which had originally been released in 1981.
80s CD-Rip + Scans FLAC Lossless MP3 New Wave Pop Pop Rock Rock Synthpop Tears For Fears
Details 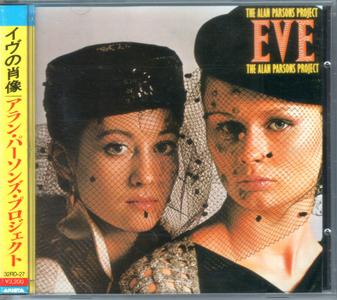 Eve is the fourth studio album by progressive rock band The Alan Parsons Project. It was released in 1979. Eve's focus is on the strengths and characteristics of women, and the problems they face in the world of men. The album had originally been intended to focus on "great women in history", but evolved into a wider concept. Eve is The Alan Parsons Project's first album with singer Chris Rainbow. The album's opening instrumental "Lucifer" was a major hit in Europe, and "Damned If I Do" reached the US Top 30. "Lucifer" also is used as title track for the German political TV show Monitor. 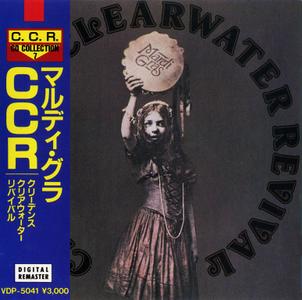 Mardi Gras is the seventh and final studio album by American band Creedence Clearwater Revival, released on April 11, 1972. Unlike previous albums, Mardi Gras had Stu Cook and Doug Clifford sharing songwriting and production with John Fogerty, as well as their own lead vocal contributions for the first time. Following the album's release, the group was officially dissolved on October 16, 1972 in a statement released by the group and its record label Fantasy Records. Mardi Gras is the only album by the band that was not remastered and reissued until the 40th anniversary of their formation, in 2008. 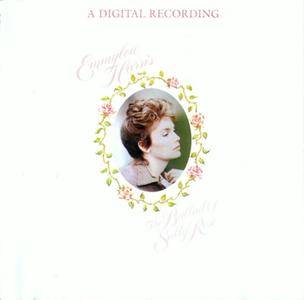 This is one of the most intriguing albums of Emmylou Harris' career, and that is saying a lot. It marked the first album where she wrote or co-wrote all the songs, and the strength of the songwriting makes one wonder why she had never attempted it before… 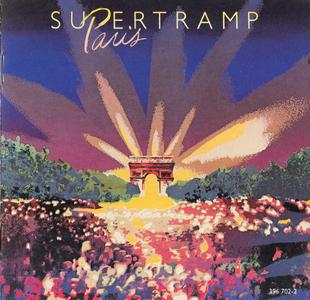 Recorded in the wake of the global success of Breakfast in America, Paris is a competent live album from Supertramp. 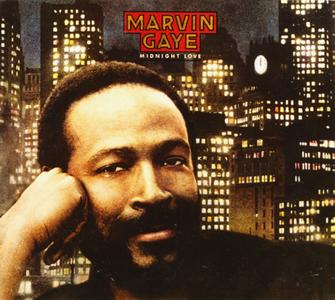 Marvin Gaye - Midnight Love & The Sexual Healing Sessions (1982)
2CDs Deluxe Edition, Remastered Reissue 2007
EAC | FLAC | Image (Cue&Log) ~ 734 Mb | Mp3 (CBR320) ~ 260 Mb | Scans ~ 49 Mb
Soul, Funk, Quiet Storm | Label: Columbia/Legacy | # 88697 07557 2 | 01:53:54
Midnight Love is the seventeenth and final studio album (that is not a posthumous one) by Marvin Gaye. He signed with the label Columbia in March 1982 following his exit from Motown. The final album to be released before his death, it ultimately became the most successful album of Gaye's entire career. The disc was certified triple platinum in the United States, selling well over six million copies worldwide. It was nominated for a 1984 Grammy for Best Male R&B Vocal Performance, spawning the two-time Grammy Award-winning smash, "Sexual Healing". It was ranked number 37 on the Rolling Stone list of the best albums of the 1980s decade and the NME named the album as its Album of the Year in 1983. In 1998, Sony Music re-released the album as a two-CD "Legacy" edition set titled Midnight Love and the Sexual Healing Sessions. The same edition would be re-released in 2007, to celebrate the album's 25th anniversary since its release.
80s Disco FLAC Funk Lossless Marvin Gaye MP3 Pop Quiet Storm R&B RnB Soul CD-Rip + Scans MP3
Details 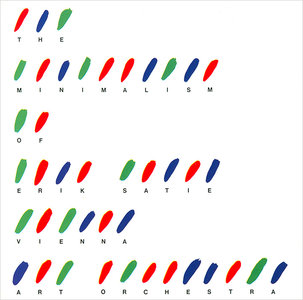 Mathias Rüegg's Vienna Art Orchestra had always been an eclectic bunch, working in the odd jazz or classical cover into its repertoire with some regularity, but for this release, the ensemble went whole hog, leaping into the oeuvre of that grandfather of minimalism, Erik Satie. Originally issued as a two-LP set, every track (save one evocative Gil Evans-y piece by Rüegg) is a Satie composition rearranged, often brilliantly, and generally highlighting two or three individual VAO members. This reductionist technique serves the band well, as it has often had a tendency toward weighty ponderousness. Here, the arrangements are light and linear, affording a supple but transparent platform for the soloists, who are clearly encouraged to venture out into jazzy territory. 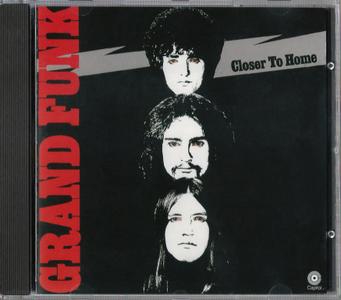 Closer to Home, the trio's third album, was the record that really broke them through to the commercially successful level of metal masters such as Led Zeppelin and Black Sabbath. Rather than rushing headlong into their typical hard, heavy, and overamplified approach, Grand Funk Railroad began expanding their production values. Most evident is the inclusion of strings, the acoustic opening on the disc's leadoff cut, "Sins a Good Man's Brother," as well as the comparatively mellow "Mean Mistreater." But the boys had far from gone soft. The majority of Closer to Home is filled with the same straight-ahead rock & roll that had composed their previous efforts. 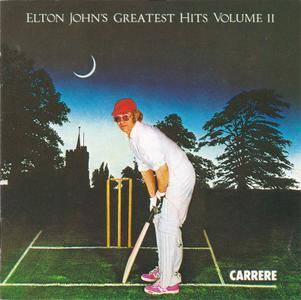