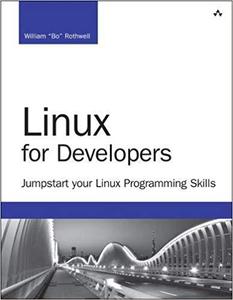 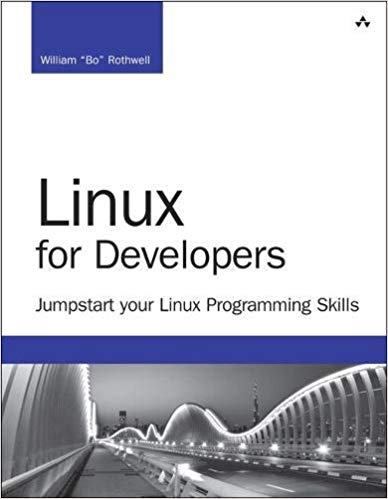 Linux for Developers shows you how to start writing great code for Linux, whether you’re a Linux user with little or no coding experience, or an experienced Windows programmer.

Leading IT trainer/author William “Bo” Rothwell begins with a clear and up-to-date review of modern open source software, including the licensing arrangements and tradeoffs all developers need to understand. He presents essential skills for both Linux command line and GUI environments, introducing text editors and other tools for efficient coding.

Building on this knowledge, Rothwell introduces scripting tools such as Bash, Python, and Perl, as well as traditional object-oriented programming languages such as Java, C++, and C. Finally, he presents a full section on the powerful Git version control system, teaching skills you can use in Linux and many other environments.
Access Linux systems, use GUIs, and work at the command line
Learn how Linux organizes files and navigate its filesystem
Use basic developer commands such as gzip and grep
Edit programs with vi and vim, and explore alternative editors
Perform basic sysadmin tasks that developers often need to handle
Compare Linux languages to choose the best one for each task
Write Bash scripts that interact with users or other shell features
Program with Python and Perl: flow control, variables, and more
Understand Linux features related to building C, C++, and Java programs
Stay on top of complex projects with GIT revision control
Work in GIT: staging, committing, branches, diffs, merges, and patches
Manage local and remote GIT repositories
This guide’s modular coverage helps you quickly access whatever information you need right now

About the Author
At the impressionable age of 14, William “Bo” Rothwell crossed paths with a TRS-80 Micro Computer System (affectionately known as a “Trash 80”). Soon after, the adults responsible for Bo made the mistake of leaving him alone with the TSR-80. He immediately dismantled it and held his first computer class, showing his friends what made this “computer thing” work. Since this experience, Bo’s passion for understanding how computers work and sharing this knowledge with others has resulted in a rewarding career in IT training. His experience includes Linux, Unix, and programming languages such as Perl, Python, Tcl, and BASH.

Rothwell is the founder and lead instructor of One Course Source, an IT training organization. He is author of LPIC-2 Certification Guide, contributing author of CompTIA Linux+/LPIC-1 Cert Guide, and technical editor of Red Hat RHCSA/RHCE 7 Cert Guide