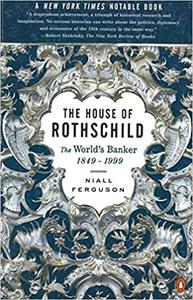 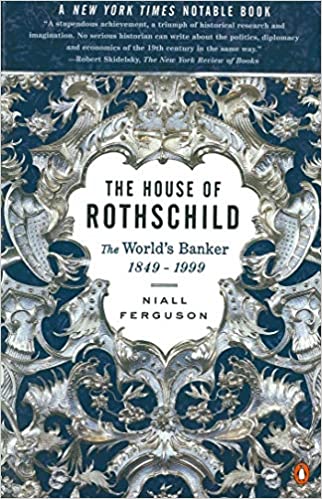 Niall Ferguson's House of Rothschild: Money's Prophets 1798-1848 was hailed as a "great biography" by Time magazine and named one of the best books of the year by Business Week. Now, with all the depth, clarity and drama with which he traced their ascent, Ferguson - the first historian with access to the long-lost Rothschild family archives - concludes his myth-breaking portrait of once of the most fascinating and power families of all time.
From Crimea to World War II, wars repeatedly threatened the stability of the Rothschilds' worldwide empire. Despite these many global upheavals, theirs remained the biggest bank in the world up until the First World War, their interests extending far beyond the realm of finance. Yet the Rothschilds' failure to establish themselves successfully in the United States proved fateful, and as financial power shifted from London to New York after 1914, their power waned.

"A stupendous achievement, a triumph of historical research and imagination."—Robert Skidelsky, The New York Review of Books

"Superb … An impressive … account of the Rothschilds and their role in history."—Boston Globe
Niall Ferguson's new book The Square and the Tower: Networks and Power, from the Freemasons to Facebook will be published in January 2018.