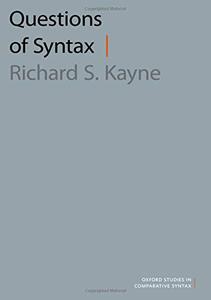 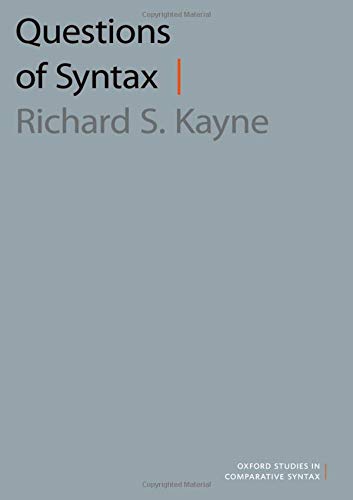 There are far more syntactically distinct languages than we might have thought; yet there are far fewer than there might have been. Questions of Syntax collects sixteen papers authored by Richard S. Kayne, a preeminent theoretical syntactician, who has sought over the course of his career to understand why both these facts are true.

Taken as a whole, these essays elucidate the theoretical contributions of one the most influential scholars in linguistics

Richard S. Kayne is Silver Professor of Linguistics at New York University. He received an A.B. in mathematics from Columbia College and a Ph.D in linguistics from M.I.T. He subsequently taught at the University of Paris VIII, at M.I.T., and at the CUNY Graduate Center. He has three honorary degrees and has previously published four collections of papers and two other books