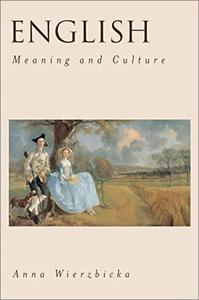 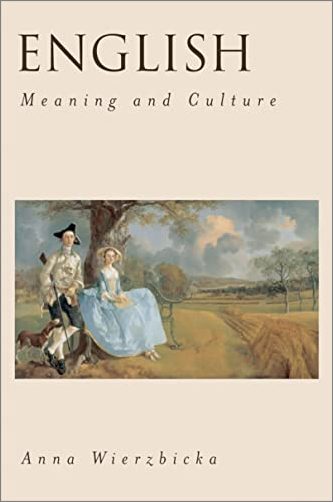 English: Meaning and Culture by Anna Wierzbicka
English | April 27, 2006 | ISBN: 0195174755 | True EPUB | 368 pages | 1 MB
It is widely accepted that English is the first truly global language and lingua franca. Its dominance has even led to its use and adaptation by local communities for their own purposes and needs. One might see English in this context as being simply a neutral, universal vehicle for the expression of local thoughts and ideas. In fact, English words and phrases have embedded in them a wealth of cultural baggage that is invisible to most native speakers. Anna Wierzbicka, a distinguished linguist known for her theories of semantics, has written the first book that connects the English language with what she terms "Anglo" culture.

Wierzbicka points out that language and culture are not just interconnected, but inseparable. This is evident to non-speakers trying to learn puzzling English expressions. She uses original research to investigate the "universe of meaning" within the English language (both grammar and vocabulary) and places it in historical and geographical perspective. For example, she looks at the history of the terms "right" and "wrong" and how with the influence of the Reformation "right" came to mean "correct." She examines the ideas of "fairness" and "reasonableness" and shows that, far from being cultural universals, they are in fact unique creations of modern English. This engrossing and fascinating work of scholarship should appeal not only to linguists and others concerned with language and culture, but the large group of scholars studying English and English as a second language.