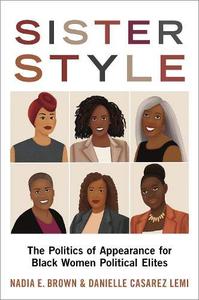 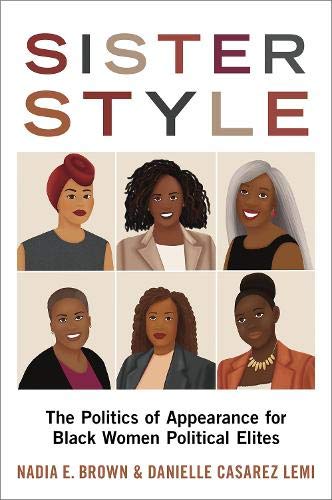 Sister Style: The Politics of Appearance for Black Women Political Elites by Nadia E. Brown, Danielle Casarez Lemi
2021 | ISBN: 0197540570, 0197540589 | English | 240 pages | PDF | 9.5 MB
"They don't think I'm viable, because I'm a Black woman with natural hair and no husband." This comment was made by Stacey Abrams shortly before the 2018 Democratic primary after she became the first Black woman to win a majory party's nomination for governor. Abrams' sentiment reflects the wider environment for Black women in politics, in which racist and sexist cultural ideas have long led Black women to be demeaned and fetishized for their physical appearance.

In Sister Style, Nadia E. Brown and Danielle Casarez Lemi argue that Black women's political experience and the way that voters evaluate them is shaped overtly by their skin tone and hair texture, with hair being a particular point of scrutiny. They ask what the politics of appearance for Black women mean for Black women politicians and Black voters, and how expectations about self-presentation differ for Black women versus Black men, White men, and White women. Black women running for office face pressure, often from campaign consultants and even close colleagues, to change their style in order to look more like White women. However, as this book shows, Black women candidates and elected officials react differently to these pressures depending on factors like age and incumbency. Moreover, Brown and Lemi delve into the ways in which Black voters react to Black female candidates based on appearance. They base their argument, in part, on focus groups with Black women candidates and elected officials, and show that there are generational differences that determine what sorts of styles Black women choose to adopt and to what extent they change their physical appearance based on external expectations.