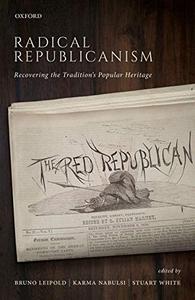 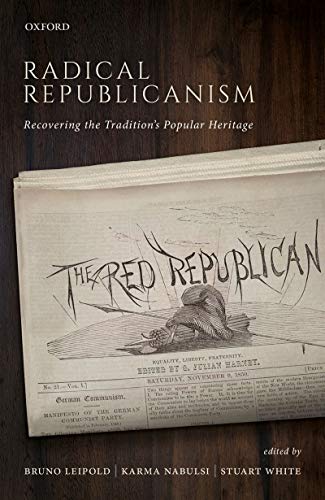 Radical Republicanism: Recovering the Tradition's Popular Heritage by Bruno Leipold, Karma Nabulsi, Stuart White
2020 | ISBN: 0198796722 | English | 288 pages | PDF | 2 MB
Republicanism is a powerful resource for emancipatory struggles against domination. Its commitment to popular sovereignty subverts justifications of authority, locating power in the hands of the citizenry who hold the capacity to create, transform, and maintain their political institutions. Republicanism's conception of freedom rejects social, political, and economic structures subordinating citizens to any uncontrolled power - from capitalism and wage-labour to patriarchy and imperialism. It views any such domination as inimical to republican freedom. Moreover, it combines a revolutionary commitment to overturning despotic and tyrannical regimes with the creation of political and economic institutions that realise the sovereignty of all citizens, institutions that are resilient to threats of oligarchical control. This volume is dedicated to retrieving and developing this radical potential, challenging the more conventional moderate conceptions of republicanism. It brings together scholars at the forefront of tracing this radical heritage of the republican tradition, and developing arguments, texts, and practices into a critical and emancipatory body of political and social thought. The volume spans historical discussions of the English Levellers, French and Ottoman revolutionaries, and American abolitionists and trade unionists; explorations of the radical republican aspects of the thought of Machiavelli, Marx, and Rousseau; and theoretical examinations of social domination and popular constitutionalism. It will appeal to political theorists, historians of political thought, and political activists interested in how republicanism provides a robust and successful radical transformation to existing social and political orders.