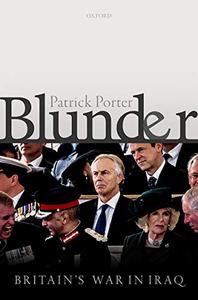 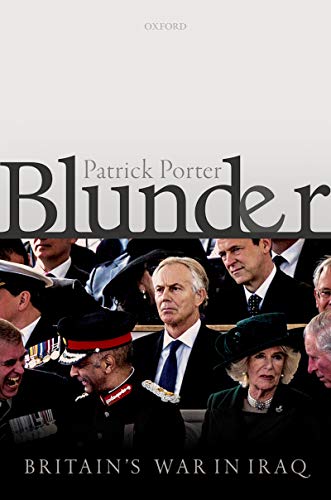 Blunder: Britain's War in Iraq by Patrick Porter
2019 | ISBN: 0198807961 | English | 256 pages | PDF | 2 MB
Why did Britain go to war in Iraq in 2003? Existing accounts stress dodgy dossiers, intelligence failures, and the flaws of individual leaders. Deploying the large number of primary documents now available, this book puts ideas at the centre of the story. As the book argues, Britain's war in Iraq was caused by bad ideas that were dogmatically held and widely accepted. Three ideas in particular formed the war's intellectual foundations: the notion of the undeterrable, fanatical rogue state; the vision that the West's path to security is to break and remake states; and the conceit that by paying the 'blood price', Britain could secure influence in Washington DC. These issues matter, because although the Iraq War happened fifteen years ago, it is still with us. As well as its severe consequences for regional and international security, the ideas that powered the war persist in Western security debate. If all wars are fought twice, first on the battlefield and the second time in memory, this book enters the battle over what Iraq means now, and what we should learn.