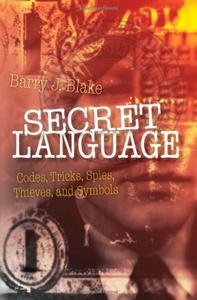 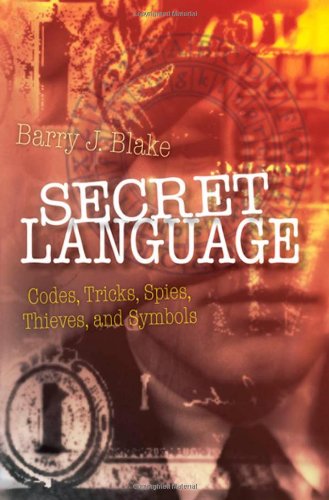 Secret Language: Codes, Tricks, Spies, Thieves, and Symbols by Barry J. Blake
English | 2010 | 352 Pages | ISBN: 0199579288 | PDF | 1,4 MB
From the chat codes "PAW" or "Code 9" that teens use to let their friends know that parents are eavesdropping, to the high-powered, computer-driven encryptions used by governments to prevent foreign powers from stealing classified information, covert language is ubiquitous in our society. Now, in Secret Language, Barry Blake takes the reader on a fascinating excursion down this mysterious trail of words, ranging across time and culture. With revelations on every page, and sample codes and puzzles for the reader to crack, it will entertain everyone with an urge to know more about the most arcane and curious uses of language.

From backmasking to the Enigma Machine, from magic words to literary symbols, here is a lively, engaging tour of languages that hide their meanings from all but a chosen few. Blake explains the difference between ciphers and codes (Morse code, oddly enough, is not a code but a cipher) and shows how secret messages have been written–and broken–for almost two thousand years. He explores the history and uses of the slang and argot of schools and trades, tracing the stories of centuries-old cants such as those used by sailors and criminals–among them polari, the mix of Italian, Yiddish, and slang once spoken among strolling players and circus folk and most recently adopted by the gay community. He examines the sacred languages of ancient cults and religions, uncovers the workings of onomancy, spells, and gematria, considers the obliqueness of allusion and parody, and celebrates the absurdities of euphemism and jargon.

Anyone who enjoys word games and riddles, who loves finding out the hidden meanings of slang or argot, or who delights in spy novels or real-life tales of espionage, will find this volume an endless source of fascination.