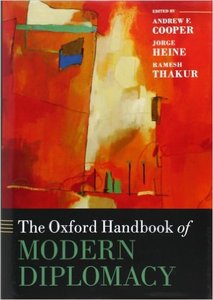 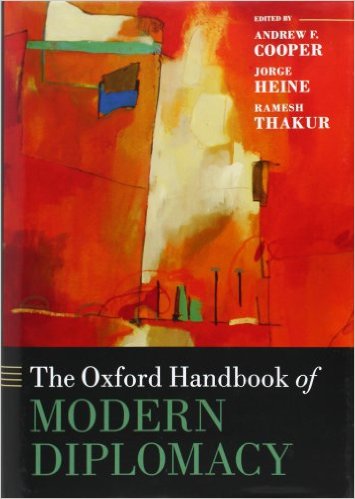 Andrew F. Cooper, Jorge Heine, "The Oxford Handbook of Modern Diplomacy"
2013 | ISBN-10: 0199588864, 0198743661 | 336 pages | PDF (not true) | 7 MB
At a time when diplomatic practices and the demands imposed on diplomats are changing quite radically, and many foreign ministries feel they are being left behind, there is a need to understand the various forces that are affecting the profession. Diplomacy remains a salient activity in today's world in which the basic authoritative actor is still the state. At the same time, in some respects the practice of diplomacy is undergoing significant, even radical, changes to the context, tools, actors and domain of the trade. These changes spring from the changing nature of the state, the changing nature of the world order, and the interplay between them. One way of describing this is to say that we are seeing increased interaction between two forms of diplomacy, "club diplomacy" and "network diplomacy". The former is based on a small number of players, a highly hierarchical structure, based largely on written communication and on low transparency; the latter is based on a much larger number of players (particularly of civil society), a flatter structure, a more significant oral component, and greater transparency.

The Oxford Handbook of Modern Diplomacy is an authoritative reference tool for those studying and practicing modern diplomacy. It provides an up-to-date compendium of the latest developments in the field. Written by practitioners and scholars, the Handbook describes the elements of constancy and continuity and the changes that are affecting diplomacy. The Handbook goes further and gives insight to where the profession is headed in the future. Co-edited by three distinguished academics and former practitioners, the Handbook provides comprehensive analysis and description of the state of diplomacy in the 21st Century and is an essential resource for diplomats, practitioners and academics.