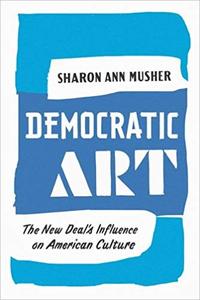 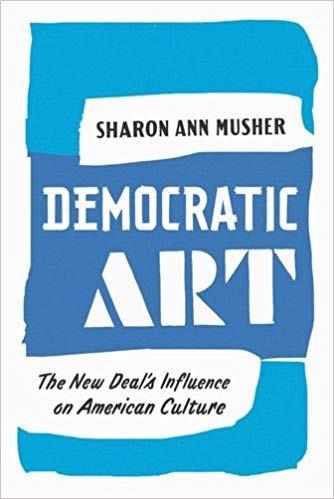 Sharon Ann Musher, "Democratic Art: The New Deal's Influence on American Culture"
English | ISBN: 022624718X | 2015 | 280 pages | PDF | 3 MB
Throughout the Great Recession American artists and public art endowments have had to fight for government support to keep themselves afloat. It wasn’t always this way. At its height in 1935, the New Deal devoted $27 million—roughly $461 million today—to supporting tens of thousands of needy artists, who used that support to create more than 100,000 works. Why did the government become so involved with these artists, and why weren’t these projects considered a frivolous waste of funds, as surely many would be today?

In Democratic Art, Sharon Musher explores these questions and uses them as a springboard for an examination of the role art can and should play in contemporary society. Drawing on close readings of government-funded architecture, murals, plays, writing, and photographs, Democratic Art examines the New Deal’s diverse cultural initiatives and outlines five perspectives on art that were prominent at the time: art as grandeur, enrichment, weapon, experience, and subversion. Musher argues that those engaged in New Deal art were part of an explicitly cultural agenda that sought not just to create art but to democratize and Americanize it as well. By tracing a range of aesthetic visions that flourished during the 1930s, this highly original book outlines the successes, shortcomings, and lessons of the golden age of government funding for the arts.