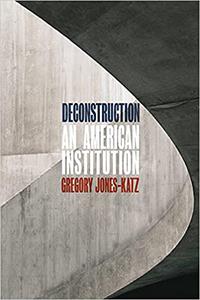 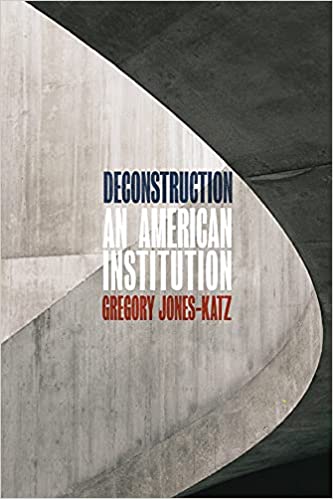 Gregory Jones-Katz, "Deconstruction: An American Institution"
English | ISBN: 022653586X | 2021 | 352 pages | PDF | 6 MB
The basic story of the rise, reign, and fall of deconstruction as a literary and philosophical groundswell is well known among scholars. In this intellectual history, Gregory Jones-Katz aims to transform the broader understanding of a movement that has been frequently misunderstood, mischaracterized, and left for dead—even as its principles and influence transformed literary studies and a host of other fields in the humanities.

Deconstruction begins well before Jacques Derrida’s initial American presentation of his deconstructive work in a famed lecture at Johns Hopkins University in 1966 and continues through several decades of theoretic growth and tumult. While much of the subsequent story remains focused, inevitably, on Yale University and the personalities and curriculum that came to be lumped under the “Yale school” umbrella, makes clear how crucial feminism, queer theory, and gender studies also were to the lifeblood of this mode of thought. Ultimately, Jones-Katz shows that deconstruction in the United States—so often caricatured as a French infection—was truly an American phenomenon, rooted in our preexisting political and intellectual tensions, that eventually came to influence unexpected corners of scholarship, politics, and culture.
Read more