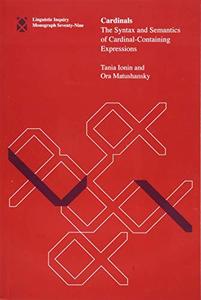 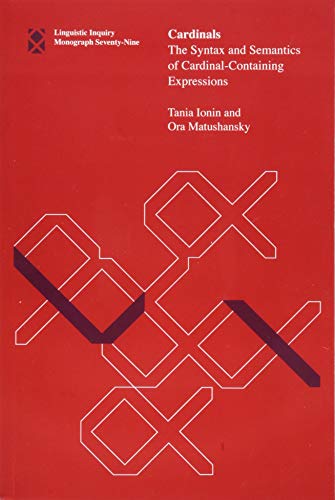 Ionin and Matushansky show that their analysis accounts for the internal composition of cardinal-containing constructions cross-linguistically, providing examples from more than fifteen languages. They demonstrate that their proposal is compatible with a variety of related phenomena, including modified numerals, measure nouns, and fractions. Ionin and Matushansky show that a semantic or syntactic account that captures the behavior of a simplex cardinal (such as five) does not automatically transfer to a complex cardinal (such as five thousand and forty-six) and propose a compositional analysis of complex cardinals. They consider the lexical categories of simplex cardinals and their role in the construction of complex cardinals; examine in detail the numeral systems of selected languages, including Slavic and Semitic languages; discuss linguistic constructions that contain cardinals; address extra-linguistic conventions on the construction of complex cardinals; and, drawing on data from Modern Hebrew, Basque, Russian, and Dutch, show that modified numerals and partitives are compatible with their analysis.