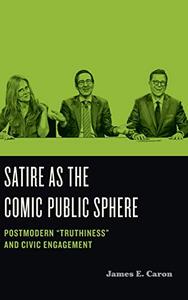 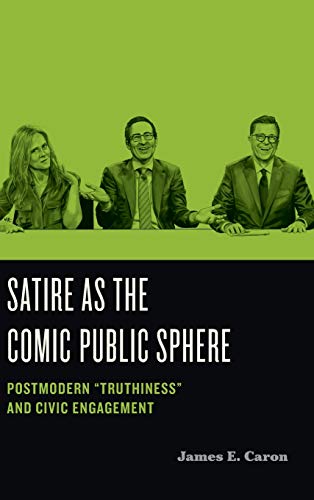 Satire as the Comic Public Sphere: Postmodern “Truthiness” and Civic Engagement (Humor in America, v. 2) by James E. Caron
2021 | ISBN: 0271089865 | English | 284 pages | PDF | 3 MB
Stephen Colbert, Samantha Bee, John Oliver, and Jimmy Kimmel―these comedians are household names whose satirical takes on politics, the news, and current events receive some of the highest ratings on television. In this book, James E. Caron examines these and other satirists through the lenses of humor studies, cultural theory, and rhetorical and social philosophy, arriving at a new definition of the comic art form.

Tracing the history of modern satire from its roots in the Enlightenment values of rational debate, evidence, facts, accountability, and transparency, Caron identifies a new genre: “truthiness satire.” He shows how satirists such as Colbert, Bee, Oliver, and Kimmel―along with writers like Charles Pierce and Jack Shafer―rely on shared values and on the postmodern aesthetics of irony and affect to foster engagement within the comic public sphere that satire creates. Using case studies of bits, parodies, and routines, Caron reveals a remarkable process: when evidence-based news reporting collides with a discursive space asserting alternative facts, the satiric laughter that erupts can move the audience toward reflection and possibly even action as the body politic in the public sphere.

With rigor, humor, and insight, Caron shows that truthiness satire pushes back against fake news and biased reporting and that the satirist today is at heart a citizen, albeit a seemingly silly one. This book will appeal to anyone interested in and concerned about public discourse in the current era, especially researchers in media studies, communication studies, political science, and literary and cultural studies.