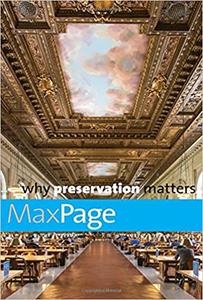 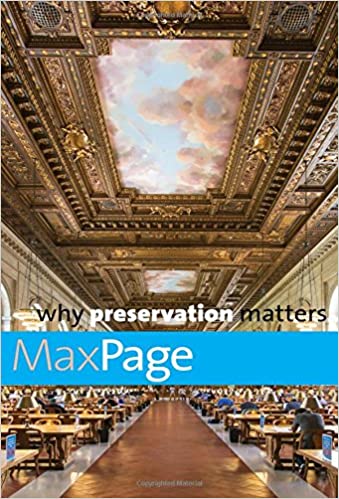 Max Page, "Why Preservation Matters "
English | ISBN: 0300218583 | 2016 | 224 pages | EPUB | 8 MB
Commemorating the fiftieth anniversary of the National Historic Preservation Act, a critique of the preservation movement—and a bold vision for its future

Every day, millions of people enter old buildings, pass monuments, and gaze at landscapes unaware that these acts are possible only thanks to the preservation movement. As we approach the October 2016 anniversary of the United States National Historic Preservation Act, historian Max Page offers a thoughtful assessment of the movement’s past and charts a path toward a more progressive future.

Page argues that if preservation is to play a central role in building more-just communities, it must transform itself to stand against gentrification, work more closely with the environmental sustainability movement, and challenge societies to confront their pasts. Touching on the history of the preservation movement in the United States and ranging the world, Page searches for inspiration on how to rejuvenate historic preservation for the next fifty years. This illuminating work will be widely read by urban planners, historians, and anyone with a stake in the past.