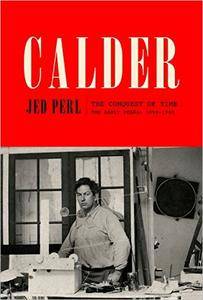 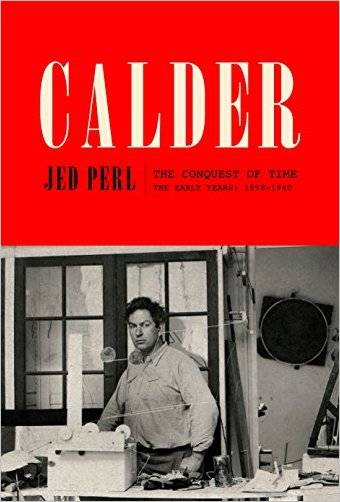 Calder: The Conquest of Time: The Early Years: 1898-1940 by Jed Perl
English | October 24, 2017 | ISBN: 0307272729 | EPUB | 704 pages | 440 MB
The first biography of America's greatest twentieth-century sculptor, Alexander Calder: an authoritative and revelatory achievement, based on a wealth of letters and papers never before available, and written by one of our most renowned art critics.

Alexander Calder is one of the most beloved and widely admired artists of the twentieth century. Anybody who has ever set foot in a museum knows him as the inventor of the mobile, America's unique contribution to modern art. But only now, forty years after the artist's death, is the full story of his life being told in this biography, which is based on unprecedented access to Calder's letters and papers as well as scores of interviews. Jed Perl shows us why Calder was–and remains–a barrier breaker, an avant-garde artist with mass appeal.

This beautifully written, deeply researched book opens with Calder's wonderfully peripatetic upbringing in Philadelphia, California, and New York. Born in 1898 into a family of artists–his father was a well-known sculptor, his mother a painter and a pioneering feminist–Calder went on as an adult to forge important friendships with a who's who of twentieth-century artists, including Joan Miró, Marcel Duchamp, Georges Braque, and Piet Mondrian. We move through Calder's early years studying engineering to his first artistic triumphs in Paris in the late 1920s, and to his emergence as a leader in the international abstract avant-garde. His marriage in 1931 to the free-spirited Louisa James–she was a great-niece of Henry James–is a richly romantic story, related here with a wealth of detail and nuance.

Calder's life takes on a transatlantic richness, from New York's Greenwich Village in the Roaring Twenties, to the Left Bank of Paris during the Depression, and then back to the United States, where the Calders bought a run-down old farmhouse in western Connecticut. New light is shed on Calder's lifelong interest in dance, theater, and performance, ranging from the Cirque Calder, the theatrical event that became his calling card in bohemian Paris to collaborations with the choreographer Martha Graham and the composer Virgil Thomson. More than 350 illustrations in color and black-and-white–including little-known works and many archival photographs that have never before been seen–further enrich the story.