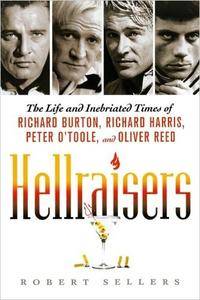 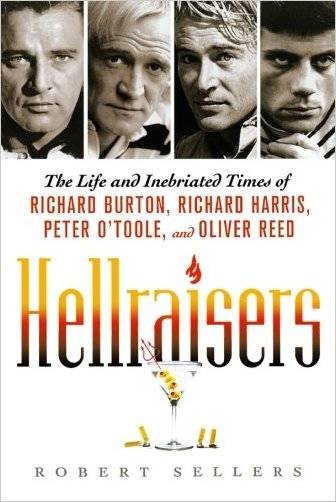 Richard Burton, Richard Harris, Peter O’Toole, and Oliver Reed: On screen they were stars. Off screen they were legends!
Hellraisers is the story of drunken binges of near biblical proportions, parties and orgies, broken marriages, riots, and wanton sexual conquests. Indeed, acts so outrageous that if you or I had perpetrated them we could have ended up in jail. Their mercurial acting talent and love from the press and the public allowed them to get away with the kind of behaviour that today’s film stars could scarcely dream of. They were truly the last of a breed, the last of the movie hellraisers.
This book traces the intertwining lives and careers of Burton, Harris, O'Toole, and Reed, plus an assortment of other movie boozers who crossed their path. It's a celebratory catalogue of their miscreant deeds, a greatest-hits package, as it were, of their most breathtakingly outrageous behavior, told with humor and affection. You can’t help but enjoy it—after all, they bloody well did.
"God put me on this earth to raise sheer hell."–Richard Burton

"I don't have a drink problem. But if that was the case and doctors told me I had to stop I'd like to think that I would be brave enough to drink myself into the grave."–Oliver Reed

"I was a sinner. I slugged some people. I hurt many people. And it's true, I never looked back to see the casualties."–Richard Harris

"Booze is the most outrageous of drugs, which is why I chose it."–Peter O'Toole