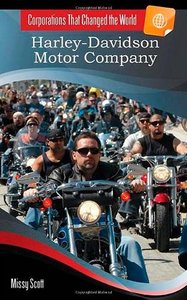 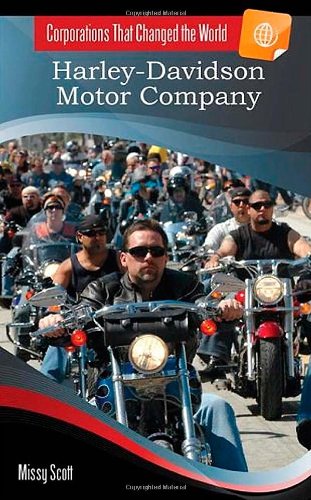 Fast forward to the twenty-first century, and the technical innovation hasn't stopped. But there's a lot more than just choppers in the mix. Examples: The Harley-Davidson racing team adds a seventeen year old girl to the roster. 250,000 people help celebrate Harley's 100th anniversary in Milwaukee, Wisconsin. And a museum devoted to the company's products opens up. Clearly, this is a company unlike any other.

How did Harley do it? How did it go from making motorcycles to creating a Harley experience that puts hundreds of thousands of people aged sixteen to one hundred on the road traveling to events each year where they can meet company officials and other Harley riders? That's what this book is all about. Honda may match Harley-Davidson for quality and perhaps innovation, but no one has matched the company for its ability to create 'buzz marketing' and turn casual riders into unofficial sales people. Harley-Davidson, it turns out, isn't just in the motorcycle business. As its mission statement points out, it's in the business of fulfilling dreams. As author Missy Scott shows, Harley-Davidson is a rare company in other ways: Its loyal workforce, for one thing, is guided by principles like trust and respect for the individual. For another, the company has made a superb effort to keep jobs in the U.S., when it would be far cheaper and easier to use offshore labor. Teetering on the brink of bankruptcy in the early 1980s, Harley has roared back to capture the hearts of riders the world over, including the million-plus members of the Harley Owners Group (members are known, naturally, as HOGs). This book: Explains the importance of the company and the essential disruptions that changed business forever. Details Harley's origins and history. Presents biographies of the founders and the historical context in which they launched the company. Explains Harley's strategies and innovations. Assesses Harley's impact on society, technology, processes, and work methods. Details financial results over the years. Predicts Harley's future prospects and successes. In addition, Scott offers special features that include a look at the colorful people associated with Harley, interesting trivia, a Harley-Davidson time line, a focus on products, a look at how the company treats its workers, what its detractors have to say, and where the company is headed. Harley-Davidson a company that changed, and is changing, the world.