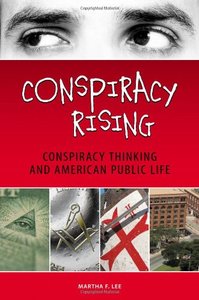 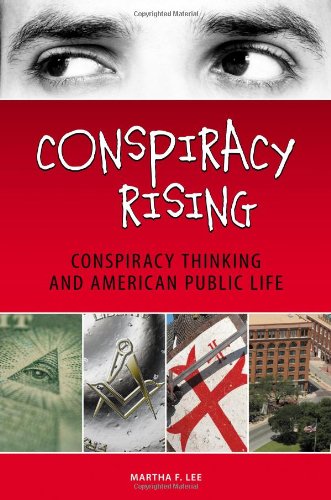 Conspiracy Rising: Conspiracy Thinking and American Public Life by Martha F. Lee
English | 2011 | ISBN: 0313350132 | 168 pages | PDF | 1 MB
How did conspiracy thinking become such a significant and surprisingly widely accepted form of political thinking in the United States? What compels people to respond to devastating, unpredictable events—terrorist acts, wars, natural disasters, economic upheavals—with the conviction that nothing is a coincidence, nothing is as it seems, and everything is connected?

Conspiracy Rising: Conspiracy Thinking and American Public Life argues that while outlandish paranoid theories themselves may seem nonsensical, the thread of conspiracy thinking throughout American history is a both a byproduct of our democratic form of government and a very real threat to it. From the Illuminati, the Knights Templar, and the Freemasons to the government hiding aliens and faking the moon landing; from the New World Order to the Obama "Birthers," the book explores the enduring popularity of a number of American conspiracy theories, showing how the conspiracy hysteria that may provoke disdain and apathy in the general public, can become a source of dangerous extremism.