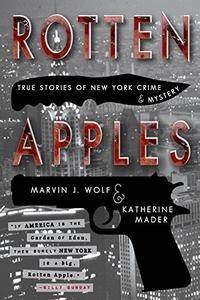 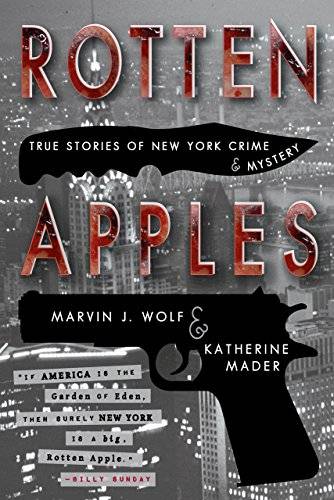 Rotten Apples: True Stories of New York Crime and Mystery by Marvin J. Wolf
English | 2014 | ISBN: 0345362780, 9780345362780, B00KWG6VA0 | 412 Pages | EPUB | 3.39 MB
Rotten Apples is a thoroughly investigated treasure of true crime straight from the streets of The City that Never Sleeps. This bushel of vice, victims, and vengeance spotlights sinister citizens from Boss Tweed and Typhoid Mary to Mark David Chapman and Jack Henry Abbot, plus detailed map references to guide you to the locations where they committed their grisly crimes. You'll be shocked by… Murder by Morphine Playboy medical student Carlyle Harris was eager to end his secret marriage to a pretty young woman from the wrong side of the tracks. A lethal prescription seemed to be just what death's doctor ordered. But the eyes of a corpse never lie… Goodbar, As In Nuts Roseann Quinn was a young, attractive schoolteacher living the carefree singles life of the early seventies on Manhattan's Upper West Side. The men she took home were strictly one-night stands, but one of them made sure he left his mark on her–eighteen times… Son of Sam For more than a year, the man dubbed " The .44 Caliber Killer" held the city paralyzed with fear: spraying death from the muzzle of a high-powered handgun, murdering and maiming more than a dozen young men and women, daring New York's finest to end his bloody spree, and touching off the biggest manhunt in New YOrk criminal history. In the end, he said the devil made him do it… And–if you think you can take it–much, much more…