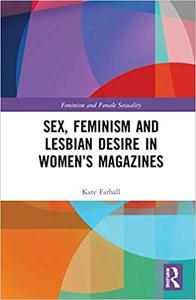 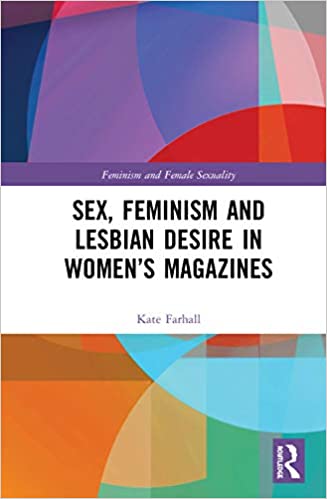 Kate Farhall, "Sex, Feminism and Lesbian Desire in Women’s Magazines "
English | ISBN: 036722643X | 2020 | 204 pages | PDF | 2 MB
This book examines evolving pop culture representations of sex and relationships from the 1970s onwards, to demonstrate parallels between the strength of the feminist movement and positive portrayals of women’s sexuality.
In charting changes in the sex and relationship content of women’s magazines over time, this analysis reveals that despite surface-level changes in sexual and relationship content, the underlying paradigm of hetero-monogamy remains unchanged. Despite a seemingly more diverse, empowered and liberated sexuality for women in contemporary magazines, in reality, such feminist rhetoric masks an enduring model of sexuality, which rests on women’s sexual and emotional maintenance of male partners and their own self-objectification and self-surveillance. Where substantive changes can be identified, they rise and fall in tandem with feminism. By demonstrating this empirical relationship between cultural products and feminist organising, the book validates an assumption that has rarely been tested: that a feminist social milieu improves cultural narratives about sexuality for women. Sex, Feminism and Lesbian Desire builds on ground-breaking feminist texts such as Susan Faludi’s Backlash to present an empirically focused, comprehensive study interrogating changes in content over the lifetime of women’s magazines. By charting the representation of sex and relationships in two women’s magazines―Cosmopolitan and Cleo―since the 1970s through an analysis of over 6,500 magazine pages and 1,500 articles, this timely work interrogates―and ultimately complicates―the apparent linear progression of feminism.
This book is suitable for researchers and students in women’s and gender studies, queer studies, LGBT studies, media studies, cultural studies and sociology.