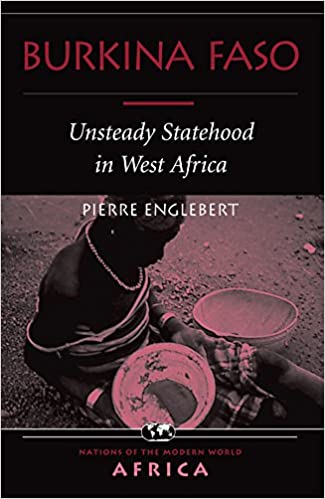 Pierre Englebert, "Burkina Faso: Unsteady Statehood In West Africa"
English | 2018 | ISBN: 0367314762, 0813382491, 0813336805 | 223 pages | PDF | 3.45 MB
Poor even by the standards of West Africa and landlocked at the edge of the Sahel, Burkina Faso—the “Land of Men of Dignity”—has been plagued by political instability since independence from France in 1960. The country has suffered five military coups, the last of which cost the life of the outspoken and charismatic leader Thomas Sankara, who had waged war on poverty, corruption, and illiteracy. Yet Burkina’s growth was surprisingly strong during the 1980s, as it made the best of its meager assets in cotton, gold, and livestock. The country is also fortunate in its relative lack of ethnic conflict, and the several religions practiced—Islam, Christianity, and animism— peacefully coexist. Burkina has earned mixed reviews on the international stage, however, fighting two wars with Mali and supporting Taylor’s rebels in the Liberian civil war. In this textured introduction to Burkina Faso, Pierre Englebert highlights the historical and contemporary factors that account for the country’s instability; considers the ethnic, religious, and social contours of the Burkinabé polity; examines in depth the country’s economic policies and prospects; and analyzes Burkina’s external relations. Looking toward the next millennium, he concludes by assessing the chances of the apparent recent drive toward a more democratic system.