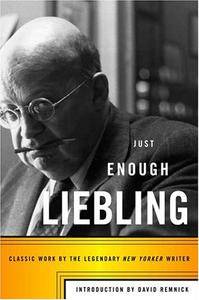 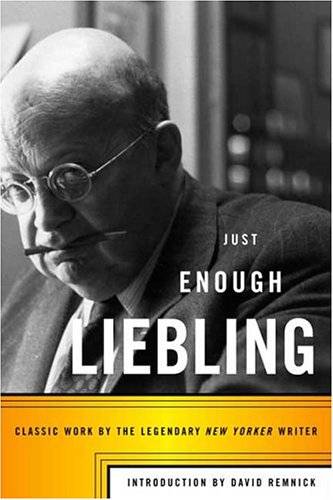 Just Enough Liebling: Classic Work by the Legendary New Yorker Writer by A. J. Liebling
English | 2004 | ISBN: 0374104433 | 560 Pages | EPUB | 560.00 KB
The restaurants of the Latin Quarter and the city rooms of midtown Manhattan; the beachhead of Normandy and the boxing gyms of Times Square; the trackside haunts of bookmakers and the shadowy redoubts of Southern politicians--these are the places that A.J. Liebling shows to us in his unforgettable New Yorker articles, brought together here so that a new generation of readers might discover Liebling as if for the first time.

Born a hundred years ago, Abbott Joseph "Joe" Liebling was the first of the great New Yorker writers, a colorful and tireless figure who helped set the magazine's urbane style. Today, he is best known as a celebrant of the "sweet science" of boxing or as a "feeder" who ravishes the reader with his descriptions of food and wine. But as David Remnick, a Liebling devotee, suggests in his fond and insightful introduction, Liebling was a writer bounded only by his intelligence, taste, and ardor for life. Like his nemesis William Randolph Hearst, he changed the rules of modern journalism, banishing the distinctions between reporting and storytelling, between news and art. Whatever his role, Liebling is a most companionable figure, and to read the pieces in this grand and generous book is to be swept along on a thrilling adventure in a world of confidence men, rogues, press barons and political cronies, with an inimitable writer as one's guide.
MORE BOOKS | MY RSS