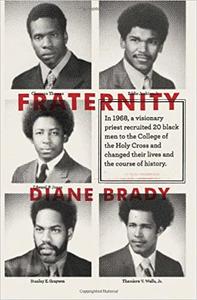 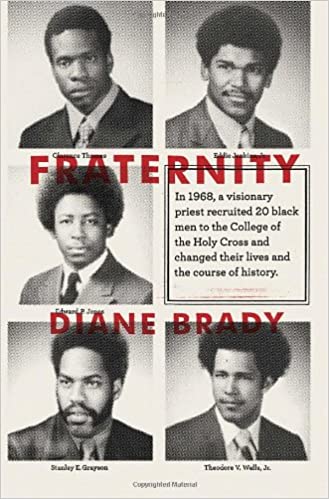 On April 4, 1968, the death of Martin Luther King, Jr., shocked the nation. Later that month, the Reverend John Brooks, a professor of theology at the College of the Holy Cross who shared Dr. King’s dream of an integrated society, drove up and down the East Coast searching for African American high school students to recruit to the school, young men he felt had the potential to succeed if given an opportunity. Among the twenty students he had a hand in recruiting that year were Clarence Thomas, the future Supreme Court justice; Edward P. Jones, who would go on to win a Pulitzer Prize for literature; and Theodore Wells, who would become one of the nation’s most successful defense attorneys. Many of the others went on to become stars in their fields as well.

In Fraternity, Diane Brady follows five of the men through their college years. Not only did the future president of Holy Cross convince the young men to attend the school, he also obtained full scholarships to support them, and then mentored, defended, coached, and befriended them through an often challenging four years of college, pushing them to reach for goals that would sustain them as adults.

Would these young men have become the leaders they are today without Father Brooks’s involvement? Fraternity is a triumphant testament to the power of education and mentorship, and a compelling argument for the difference one person can make in the lives of others.