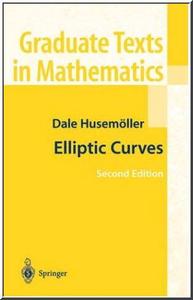 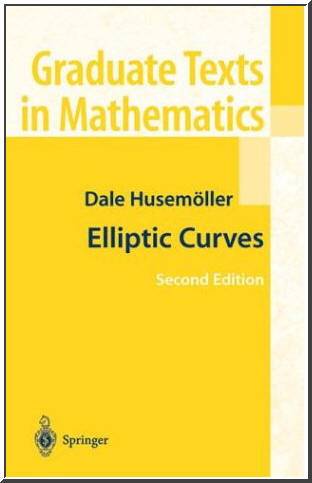 Elliptic Curves (Graduate Texts in Mathematics) by Dale Husemцller
Publisher: Springer; 2 edition (December 22, 2003) | ISBN-10: 0387954902 | PDF | 6,7 Mb | 487 pages
This book is an introduction to the theory of elliptic curves, ranging from its most elementary aspects to current research. The first part, which grew out of Tate's Haverford lectures, covers the elementary arithmetic theory of elliptic curves over the rationals. The next two chapters recast the arguments used in the proof of the Mordell theorem into the context of Galois cohomology and descent theory. This is followed by three chapters on the analytic theory of elliptic curves, including such topics as elliptic functions, theta functions, and modular functions. Next, the theory of endomorphisms and elliptic curves over infinite and local fields are discussed. The book then continues by providing a survey of results in the arithmetic theory, especially those related to the conjecture of the Birch and Swinnerton-Dyer. This new edition contains three new chapters which explore recent directions and extensions of the theory of elliptic curves and the addition of two new appendices. The first appendix, written by Stefan Theisan, examines the role of Calabi-Yau manifolds in string theory, while the second, by Otto Forster, discusses the use of elliptic curves in computing theory and coding theory. Dale Husem&#246;ller is a member of the faculty at the Max Planck Institute of Mathematics in Bonn.