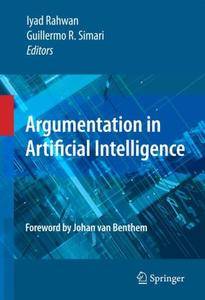 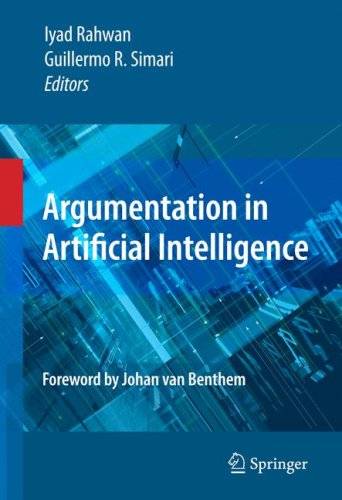 Iyad Rahwan, "Argumentation in Artificial Intelligence"
2009 | pages: 507 | ISBN: 0387981969 | PDF | 3,7 mb
Argumentation is all around us. Letters to the Editor often make points of cons- tency, and “Why” is one of the most frequent questions in language, asking for r- sons behind behaviour. And argumentation is more than ‘reasoning’ in the recesses of single minds, since it crucially involves interaction. It cements the coordinated social behaviour that has allowed us, in small bands of not particularly physically impressive primates, to dominate the planet, from the mammoth hunt all the way up to organized science. This volume puts argumentation on the map in the eld of Arti cial Intelligence. This theme has been coming for a while, and some famous pioneers are chapter authors, but we can now see a broader systematic area emerging in the sum of topics and results. As a logician, I nd this intriguing, since I see AI as ‘logic continued by other means’, reminding us of broader views of what my discipline is about. Logic arose originally out of re ection on many-agent practices of disputation, in Greek Ant- uity, but also in India and China. And logicians like me would like to return to this broader agenda of rational agency and intelligent interaction. Of course, Aristotle also gave us a formal systems methodology that deeply in uenced the eld, and eventually connected up happily with mathematical proof and foundations.