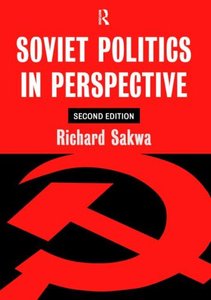 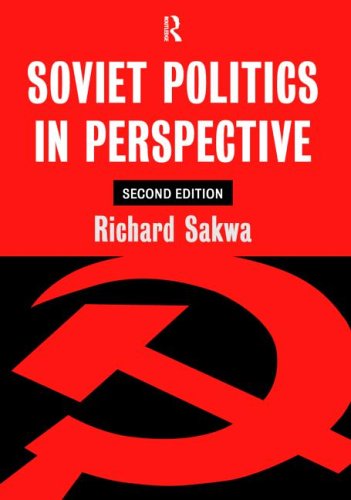 Richard Sakwa, "Soviet Politics: In Perspective"
English | ISBN: 0415169925, 0415071534 | 1998 | PDF | 376 pages | 2,7 MB
Soviet Politics in Perspective is a new edition of Richard Sakwa's successful textbook Soviet Politics: an introduction. Thoroughly revised and updated it builds on the previous editions comprehensive and accessible exploration of the Soviet system, from its rise in 1919 to its collapse in 1991.

The book is divided into five parts, which focus on key aspects of Soviet politics. They are:

* historical perspectives, beginning with the Tsarist regime on the eve of Revolution, the rise and development of Stalinism, through to the decline of the regime under Brezhnev and his successors and Gorbachev's attempts to revive the system

* institutions of Government, such as the Communist Party, security apparatus, the military, the justice system, local government and participation

* theoretical approaches to Soviet politics, including class and gender politics, the role of ideology and the shift from dissent to pluralism

* an evaluation of Soviet rule, and reasons for its collapse.

Providing key texts and bibliographies, this book offers the complete history and politics of the Soviet period in a single volume. It will be indispensable to students of Soviet and post-Soviet politics as well as the interested general reader.