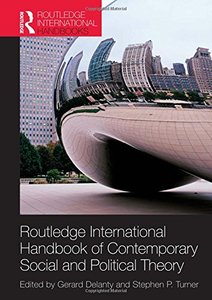 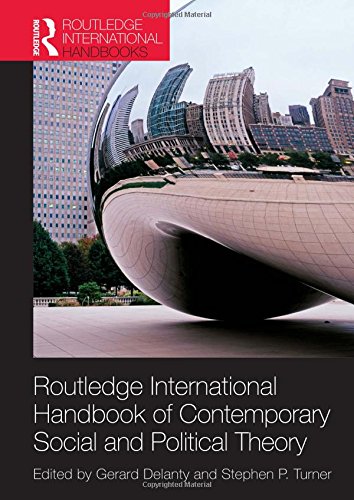 Routledge International Handbook of Contemporary Social and Political Theory by Gerard Delanty and Stephen P. Turner
English | 2011 | ISBN: 041554825X, 041571446X | 528 pages | PDF | 3 MB
The triangular relationship between the social, the political and the cultural has opened up social and political theory to new challenges. The social can no longer be reduced to the category of society, and the political extends beyond the traditional concerns of the nature of the state and political authority.

This Handbook will address a range of issues that have recently emerged from the disciplines of social and political theory, focusing on key themes as opposed to schools of thought or major theorists. It is divided into three sections which address:

the most important new and emerging frameworks of analysis today

the major theoretical problems in recent social and political theory.