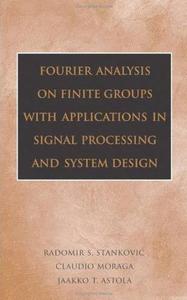 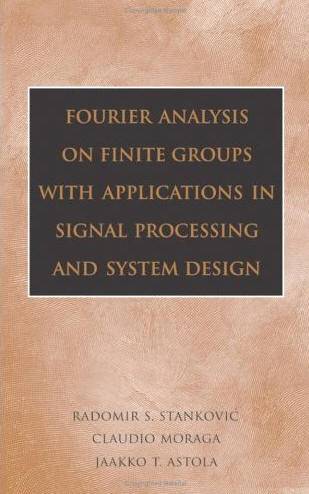 A solid foundation of this complex topic is provided by beginning with a review of signals and their mathematical models and Fourier analysis. Next, the book examines recent achievements and discoveries in:
* Matrix interpretation of the fast Fourier transform
* Optimization of decision diagrams
* Functional expressions on quaternion groups
* Gibbs derivatives on finite groups
* Linear systems on finite non-Abelian groups
* Hilbert transform on finite groups

Among the highlights is an in-depth coverage of applications of abstract harmonic analysis on finite non-Abelian groups in compact representations of discrete functions and related tasks in signal processing and system design, including logic design. All chapters are self-contained, each with a list of references to facilitate the development of specialized courses or self-study.

With nearly 100 illustrative figures and fifty tables, this is an excellent textbook for graduate-level students and researchers in signal processing, logic design, and system theory-as well as the more general topics of computer science and applied mathematics.