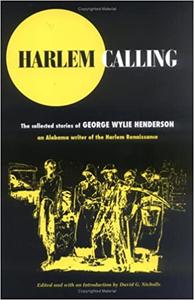 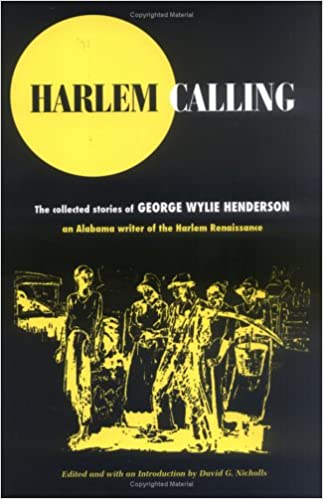 George Wylie Henderson, David G. Nicholls, "Harlem Calling: The Collected Stories of George Wylie Henderson"
English | 2005 | ISBN: 0472115200 | 136 pages | PDF | 5 MB
"A very interesting collection . . . both for the way that Henderson's work links the literature of the Harlem Renaissance with the black protest literature of Richard Wright and others, and for Henderson's subject matter and the places that he chose to publish."
–Nellie McKay, University of Wisconsin-Madison

"There is really no other black fiction quite like this that I know of, from the 1920s through the 1930s . . . That Henderson was publishing stories in a newspaper and magazine for the mass market after the period when 'the vogue of the Negro' had allegedly ended is significant in itself. The stories are interesting in relation to both the Negro renaissance and the turn to proletarian fiction."
–George Hutchinson, Indiana University


Harlem Calling collects carefully crafted short stories about life in Alabama, Memphis, and New York City that dramatize the profound ambivalence many blacks felt about their participation in the Great Migration. George Wylie Henderson's tales of the rural South are sometimes nostalgic but also present the hard work and violence of everyday life there, and his stories set in Harlem present the glamour of urban life, while they also are concerned with poverty and social mores.

Henderson enjoyed a widespread popular audience for his periodical fiction in the 1930s and '40s and was a regular contributor to the New York Daily News and Redbook magazine, where the seventeen stories in Harlem Calling were originally published. Until the publication of Harlem Calling, Henderson had been chiefly known for his critically acclaimed 1935 novel about an Alabama farmhand, Ollie Miss, and the 1946 sequel narrating her son's migration to Harlem, Jule. Contemporary critics have favorably compared Henderson's writing to that of Zora Neale Hurston and Langston Hughes, as it captures the life of the black migrant with a style that embraces simplicity and honesty.

Collected here by literary scholar and editor David G. Nicholls, and contextualized with an informative and insightful introduction, Harlem Calling provides a unique perspective on the Harlem Renaissance and on the African American literary tradition.

George Wylie Henderson (1904-65) was born in Alabama, worked in the printing trade, and began writing fiction shortly after graduating from the Tuskegee Institute. He migrated to Harlem with his wife in the late 1920s and published his first story in the New York Daily News in 1932. He also published two novels, Ollie Miss (1935) and Jule (1946). David G. Nicholls is the Director of Book Publications for the Modern Language Association and holds a Ph.D. in English from the University of Chicago. He is author of Conjuring the Folk: Forms of Modernity in African America.