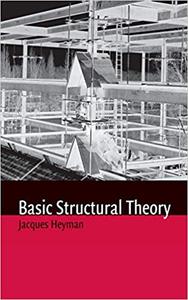 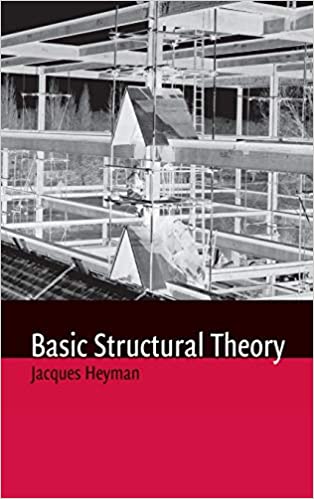 Jacques Heyman, "Basic Structural Theory"
English | ISBN: 0521897947 | 2008 | 152 pages | PDF | 880 KB
This text introduces the basic equations of the theory of structures. Conventional presentations of these equations follow the ideas of elastic analysis, introduced nearly two hundred years ago. The present book is written against the background of advances made in structural theory during the last fifty years, notably by the introduction of so-called plastic theory. Tests on real structures in the twentieth century revealed that structural states predicted by elastic analysis cannot in fact be observed in practice, whereas plastic ideas can be used to give accurate estimates of strength. Strength is discussed in the first part of this book without reference to equations of elastic deformation. However, the designer is concerned also with stiffness, for which elastic analysis is needed, and the standard equations (suitable, for example, for computer programming) are presented. Finally, stability is analyzed, which again is essentially an elastic phenomenon, and it is shown that a higher "factor of safety" is required to guard against buckling than that required to guarantee straightforward strength. The emphasis throughout is on the derivation and application of the structural equations, rather than on details of their solution (nowadays best done by computer), and the numerical examples are deliberately kept simple.