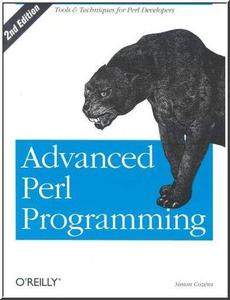 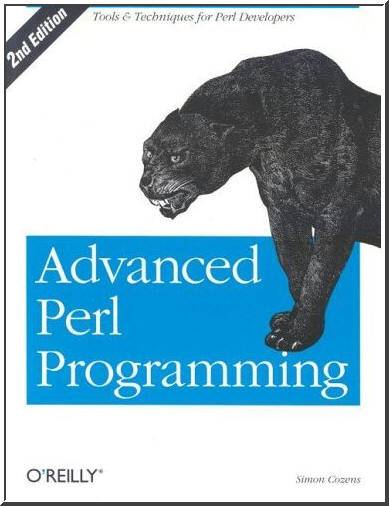 Advanced Perl Programming by Simon Cozens
Publisher: O'Reilly Media; 2 edition (June 1, 2005) | ISBN-10: 0596004567 | CHM | 0,9 Mb | 281 pages
With a worldwide community of users and more than a million dedicated programmers, Perl has proven to be the most effective language for the latest trends in computing and business. Every programmer must keep up with the latest tools and techniques. This updated version of Advanced Perl Programming from O'Reilly gives you the essential knowledge of the modern Perl programmer. Whatever your current level of Perl expertise, this book will help you push your skills to the next level and become a more accomplished programmer. O'Reilly's most high-level Perl tutorial to date, Advanced Perl Programming, Second Edition teaches you all the complex techniques for production-ready Perl programs. This completely updated guide clearly explains concepts such as introspection, overriding built-ins, extending Perl's object-oriented model, and testing your code for greater stability. Other topics include:
— Complex data structures — Parsing — Templating toolkits — Working with natural language data — Unicode — Interaction with C and other languages In addition, this guide demystifies once complex topics like object-relational mapping and event-based development-arming you with everything you need to completely upgrade your skills. Praise for the Second Edition: "Sometimes the biggest hurdle to problem solving isn't the subject itself but rather the sheer number of modules Perl provides. Advanced Perl Programming walks you through Perl's TMTOWTDI ("There's More Than One Way To Do It") forest, explaining and comparing the best modules for each task so you can intelligently apply them in a variety of situations." –Rocco Caputo, lead developer of POE "It has been said that sufficiently advanced Perl code is indistinguishable from magic. This book of spells goes a long way to unlocking those secrets. It has the power to transform the most humble programmer into a Perl wizard." –Andy Wardley "The information here isn't theoretical. It presents tools and techniques for solving real problems cleanly and elegantly." –Curtis 'Ovid' Poe " Advanced Perl Programming collects hard-earned knowledge from some of the best programmers in the Perl community, and explains it in a way that even novices can apply immediately." –chromatic, Editor of Perl.com