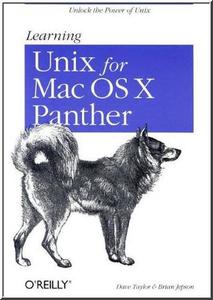 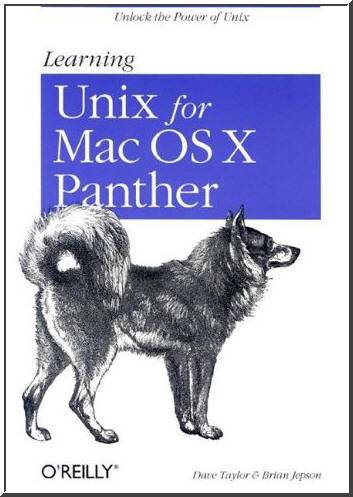 Learning Unix for Mac OS X Panther by Dave Taylor, Brian Jepson (Publisher)
Publisher: O'Reilly; 1 edition (December 1, 2003) | ISBN-10: 0596006179 | CHM | 1,7 Mb | 160 pages
Renowned for its friendliness, Mac OS X has delighted many a loyal Mac user with its combined ease use and underlying strength. By no means simplistic, its intelligently designed operating system and user interface boast of sophistication and power, while still offering accessibility to even the most inexperienced computer users. But Mac OS X has gone one step further: it's turned unsuspecting Mac users into Unix&reg; users, too. Perhaps you're already familiar with Unix, just not on the Mac. Or perhaps you opened your Utilities folder, spotted the Terminal icon and double-clicked on it just to see what it does. Suddenly faced with a command line interface, you may have asked, "What does this mean?" followed by the most pressing question, "Why on earth would I ever want to venture into this seemingly user-unfriendly territory?"The new edition of Learning Unix for Mac OS X Panther answers these questions and more. This compact book provides a user-friendly tour for the uninitiated of the Mac's Unix base. You can safely explore Terminal and familiarize yourself with the command line, learning as you go about the hundreds of Unix programs that come with your Mac. You'll begin to understand the power and flexibility of Unix. And if Unix isn't new to you, you'll discover how it translates into this latest Mac incarnation. Updated to cover Mac OS X Panther (Mac OS X 10.3), this book will keep you current with the latest features of your Mac. Learning Unix for Mac OS X Panther begins with a quick but in-depth introduction to Terminal and the command line interface. All the common commands are simply explained with accompanying examples, exercises, and opportunities for experimentation. There are even problem checklists to help you along the way if you get stuck. You'll learn how to:
— Customize your shell environment— Manage files and directories— Successfully print from the Unix command line— Edit and create files with the vi editor— Perform remote logins— Access Internet functions, and much moreUnix continues to thrive as an operating system because of its power, flexibility, and simplicity, and the vast community that supports it. Mac OS X Panther makes it possible for you to run Unix programs side-by-side with native Mac programs on your Mac desktop. Learning Unix for Mac OS X Panther puts the power of these programs at your fingertips.