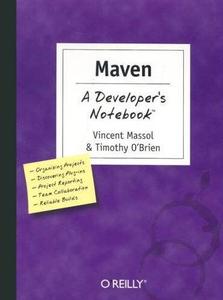 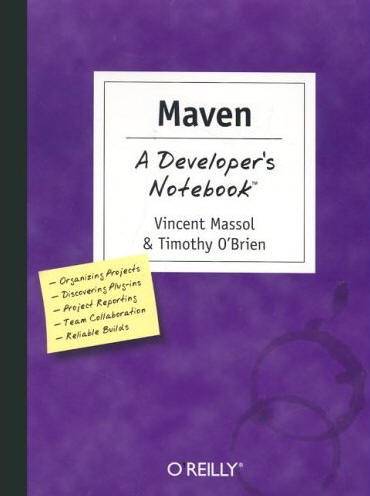 Maven: A Developer's Notebook by Timothy M O'Brien, Vincent Massol
Publisher: O'Reilly Media; 1 edition (June 20, 2005) | ISBN-10: 0596007507 | CHM | 1,4 Mb | 191 pages
Maven is a new project management and comprehension tool which provides an elegant way to share build logic across projects. In terms of capabilities, Maven is an improvement to Apache Ant-thanks to numerous plug-ins and built-in integration with unit testing frameworks such as JUnit. Tired of writing the same build logic for every project? Using Maven, you can leverage the experience of the community to avoid the tedious process of creating yet another build script for each new project. Maven: A Developer's Notebook begins by introducing you to the concept of project object model (POM), and then offers further details on the essential features of Maven. Like all titles in O'Reilly's Developer's Notebook series, this no-nonsense book skips the boring prose and cuts right to the chase. It's an approach that forces you to get your hands dirty by working through a series of poignant labs-exercises that speak to you instead of at you. Plus, Maven: A Developer's Notebook is the first book on the subject to hit the market, so you know the information is fresh and timely. If you're a Java programmer, you'll be armed with all the critical information you need to get up to speed on this powerful new build tool. You'll discover how Maven can help you:
— manage a project's build, reporting, and documentation, all from a central piece of information — break a complex project into a series of smaller subprojects — report on code quality, unit tests, code duplication, and project activity — create a custom remote repository — build simple and complex plug-ins In the end, you'll find yourself spending less time working on your project's build system and more time working on your project's code.