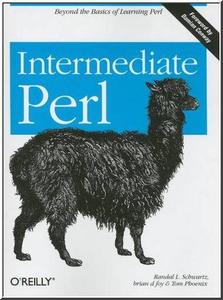 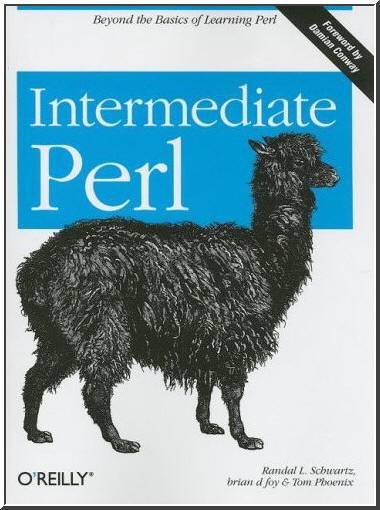 Intermediate Perl by Randal L. Schwartz, Tom Phoenix, Brian D Foy
Publisher: O'Reilly Media; 2 edition (March 8, 2006) | ISBN-10: 0596102062 | CHM | 0,5 Mb | 256 pages
Perl is a versatile, powerful programming language used in a variety of disciplines, ranging from system administration to web programming to database manipulation. One slogan of Perl is that it makes easy things easy and hard things possible. Intermediate Perl is about making the leap from the easy things to the hard ones.
Originally released in 2003 as Learning Perl Objects, References, and Modules and revised and updated for Perl 5.8, this book offers a gentle but thorough introduction to intermediate programming in Perl. Written by the authors of the best-selling Learning Perl, it picks up where that book left off. Topics include:

— Packages and namespaces — References and scoping — Manipulating complex data structures — Object-oriented programming — Writing and using modules — Testing Perl code — Contributing to CPAN
Following the successful format of Learning Perl, we designed each chapter in the book to be small enough to be read in just an hour or two, ending with a series of exercises to help you practice what you've learned. To use the book, you just need to be familiar with the material in Learning Perl and have ambition to go further.

Perl is a different language to different people. It is a quick scripting tool for some, and a fully-featured object-oriented language for others. It is used for everything from performing quick global replacements on text files, to crunching huge, complex sets of scientific data that take weeks to process. Perl is what you make of it. But regardless of what you use Perl for, this book helps you do it more effectively, efficiently, and elegantly.

Intermediate Perl is about learning to use Perl as a programming language, and not just a scripting language. This is the book that turns the Perl dabbler into the Perl programmer.