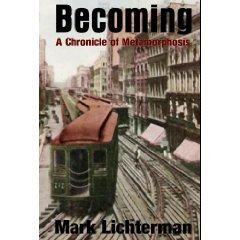 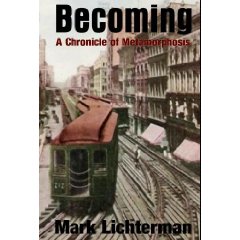 Becoming
Publisher: Metropolis Ink | ISBN: 0646492160 | edition 2008 | PDF | 644 pages | 2,05 mb
Do you remember your radio and "Captain Midnight," "The Lone Ranger," "Junior Miss" and "Let's Pretend"? The first time you inhaled a cigarette? Your first swallow of hard liquor? The thrill of the first exploration of the body of your boyfriend, girlfriend, husband, wife… your own body? Your first orgasm? Remember when as a people we loved America, and showed it? Then you might be ready for a nostalgic, funny, romantic, sexually frustrating novel. A novel that may remind many of us of ourselves, "way back then," when God's most mysterious creation was the opposite sex. A novel about life and the often funny, sometimes sad, day-to-day things that stir the memories of our lives. Reminiscent of the Neil Simon trilogy, Philip Roth's "Portnoy's Complaint" and the humorous writing of Jean Shepherd in the mid and late sixties; uniquely original, we are introduced to five-yearold Mitchie in 1939 in an ethnically diverse, lower middle-class neighborhood on the west side of Chicago. As children do, subtly growing over the next sixteen years,seeing World War Two through the eyes of this Jewish child, and later, lying about his age, joining the National Guard, "'cause girls love guys in uniform." Accidentally getting caught up in the Korean war at age fifteen, "Becoming" follows Mitchell's life in a series of nostalgic, comical, romantic, sad and - because "those" situations with girls, and later women, rarely conclude as young men hope - vividly described, extremely funny sexual situations. "Becoming" climaxes hilariously in 1955, in Brighton Beach, New York, when Mitchell is twenty-one and a man. or, because it takes more than age and size to "become" one… the semblance of a man.